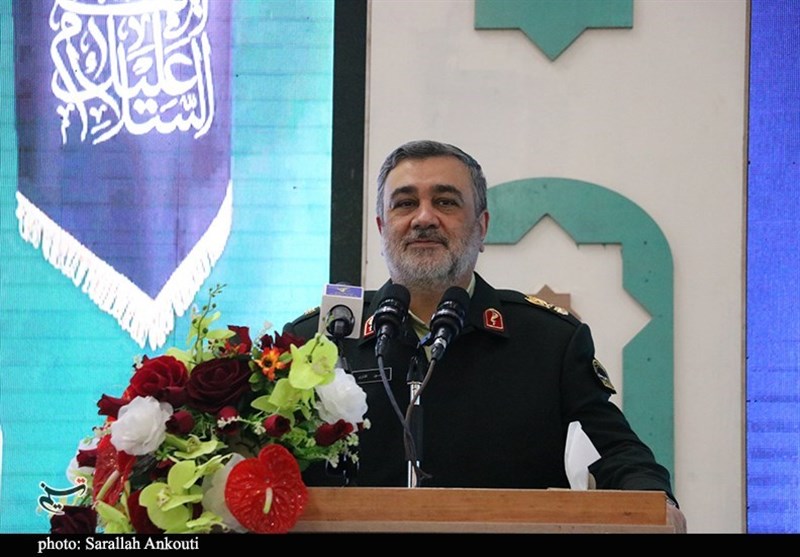 Iran’s police chief says security forces combat criminal groups in border areas on a daily basis and have managed to offset many plots hatched by enemies of the country.

Brigadier General Hossein Ashtari made the comments during an address to police staff in the southeastern city of Iranshahr, in the province of Sistan and Balouchestan that borders Pakistan and Afghanistan.

He said foreign presence in our neighboring countries had a destructive effect on regional security.

“Every day, commandos and personnel of the police, along all borders, especially in the southeast and in Sistan and Balouchestan Province, are constantly battling and countering drugs trafficking, entry of arms and moves by criminals, and all of these are due to the foreign presence in the region,” he said.

“The world arrogance, led by the US, committed numerous crimes in the region through their 20-year presence in our neighbors Afghanistan, which is our friend, under the pretext of establishing security and countering terrorist groupings there.”

Ashtari stressed that the foreign presence “not only failed to establish security, whatsoever, it also created insecurity” leading to the “humiliating” withdrawal of Americans from Afghanistan.

“Our enemies, since the early days after the victory of the Islamic revolution, have sought to create insecurity in the region, but the police vigilance, alertness and brilliance, … offset all their plots,” he said.

The general added that police and armed forces in the province have used intelligence surveillance and other capabilities to prevent many crimes and hostile actions aimed at creating insecurity for the local residents.

Terrorists and smugglers frequently use Iran’s borders with Pakistan and Afghanistan to infiltrate the country. This sometimes leads to bloody clashes that have taken the lives of Iranian security personnel over the past years.