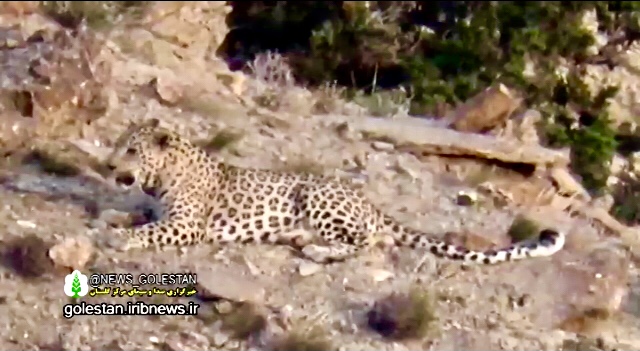 Protected areas of Iran's Golestan Province are considered as one of the best habitats for Persian leopards.

The feline is the largest or one of the largest subspecies of leopard, which is native to West Asia. Persian leopard is on the list of endangered species.

The animal can be found in West Asian countries like Iran, Turkmenistan, Pakistan, Afghanistan, Iraq, and also southern Russia.

Estimates put the number of remaining Persian leopards at 1,300, of which about 70% are found in the Iranian provinces of Khorasan Razavi and North Khorasan, Golestan, Mazandaran and Semnan.

Golestan National Park in northern Iran is one of the best habitats for large mammals such as leopards, brown bears, wolves, lynxes, red deers, roe deers, Urials and wild goats, Persian deers and boars, and is especially famous for its large population of Asiatic mouflons and Urials.