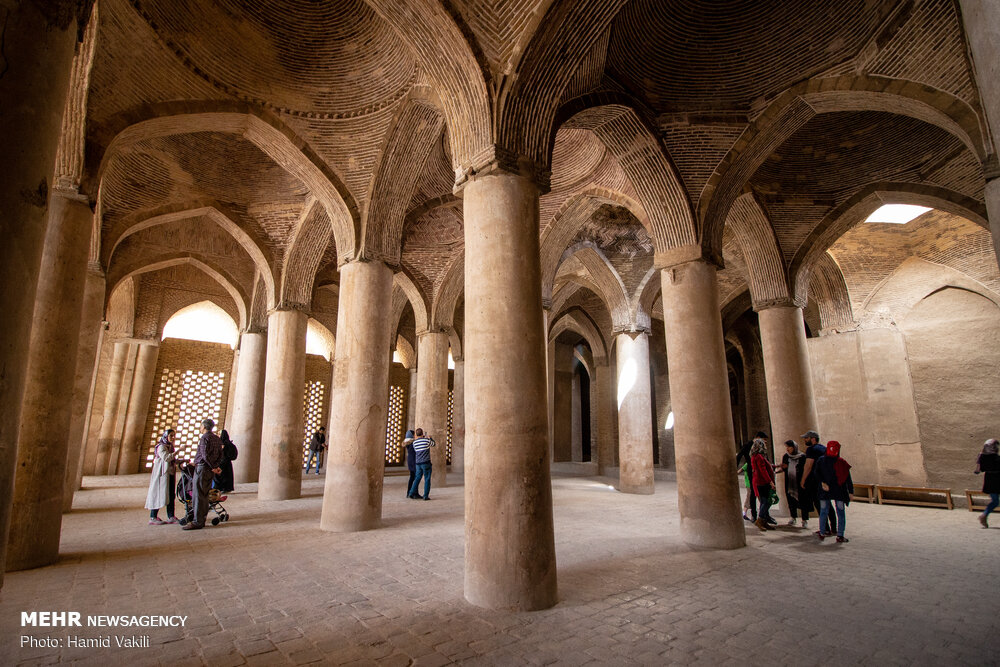 The Jameh (Grand) Mosque of Isfahan is one of the most prominent works of architecture in Iran and the world.

Archaeological excavations have raised the possibility that the building has been the city’s main religious centre – probably a fire temple – before Islam: the discovery of a plinth with Sassanid era’s decorations in the mosque’s northern part confirms the existence of a pre-Islamic monument.

There are disagreements over the history of the Jameh Mosque’s developments; however, it seems to have been constructed during the early Hijri centuries in Abbasid period. In the third century AH the mosque’s altar was destroyed in order to correct the direction of qiblah.

The mosque’s current facade was mainly built during the Seljuk period, although the repairs and extensions have been made later, especially in Safavid era.

What follows are Mehr News Agency’s photos of the Jameh Mosque of Isfahan: