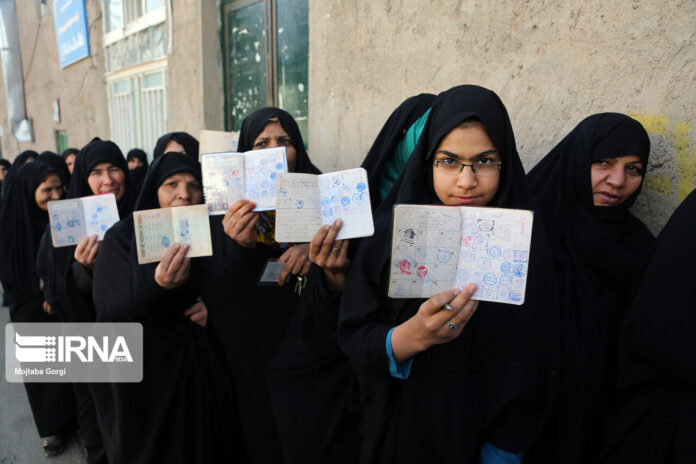 The Leader of Iran’s Islamic Revolution Ayatollah Seyyed Ali Khamenei says people’s turnout in elections will thwart many of the wicked intentions that the United States and Israel are nursing against Iran.

Ayatollah Khamenei said on Tuesday that elections counteract the deceit and mendacity of Iran’s enemies.

The Leader urged people to take part in Iran’s parliamentary elections slated for February 21, 2020, saying a high voter turnout will come as blow to the enemy.

Elsewhere in his remarks, the Leader lashed out at US officials for the “nonsense comments” they recently made against Iran.

“Each one of them keeps saying things about Iran and the Iranian nation and the Islamic Republic of Iran’s system as well as the elections,” Ayatollah Khamenei noted.

He said the nonsense remarks they make are partly due to the “inaction” they suffered following the US assassination of top Iranian general Qassem Soleimani.

“In other words, the US president himself and his associates became inactive in the true sense of the word and came to realize that what they had done was not a calculated move,” said Ayatollah Khamenei.

“They were harshly criticized both across the world and inside the United States,” the Leader noted.

He said the United States’ assassination of general Soleimani had a boomerang effect and, ironically, fueled anti-US sentiment in the region.

Ayatollah Khamenei then highlighted the enemies’ propaganda campaigns aimed at driving a wedge between Iranian people and the Islamic establishment. He said the enemy sets up so-called “think tanks” and assigns different people with the task of affecting public opinion in Iran, but to no avail.