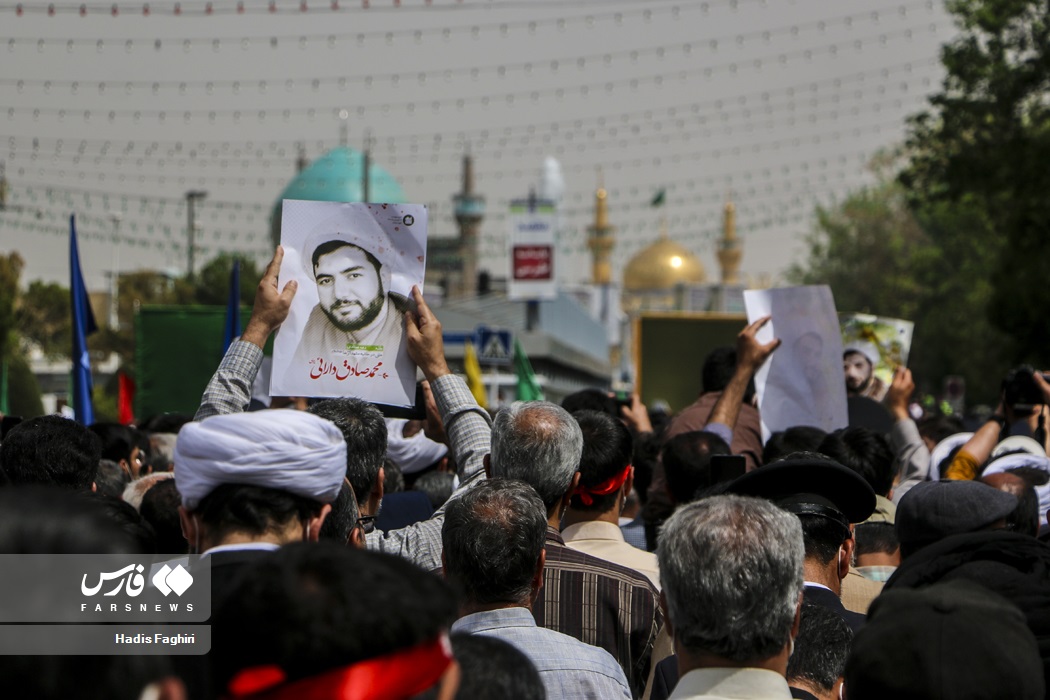 People in the Iranian city of Mashhad have held a funeral for the second cleric who died of his injuries sustained during Tuesday’s stabbing attack inside the Imam Reza shrine.

The participants in the funeral shouted chants against the US and Britain, accusing them of supporting Takfiri terrorists.

The cleric identified as Hojatoleslam Sadegh Daraee was buried beside another martyr killed in the stabbing attack inside the Imam Reza shrine.

Medical sources said Hojatoleslam Daraee succumbed to his wounds at the Kamiab Hospital of Mashhad because his injuries were so severe.

A third cleric got injured in the attack too who’s said be on the mend.

The attacker, a 21-year-old foreign national, was arrested on the spot. He’s said to be a Takifiri. Several other people were also arrested for aiding him.