Pamenar Village: A Source of Beauty in Southern Iran 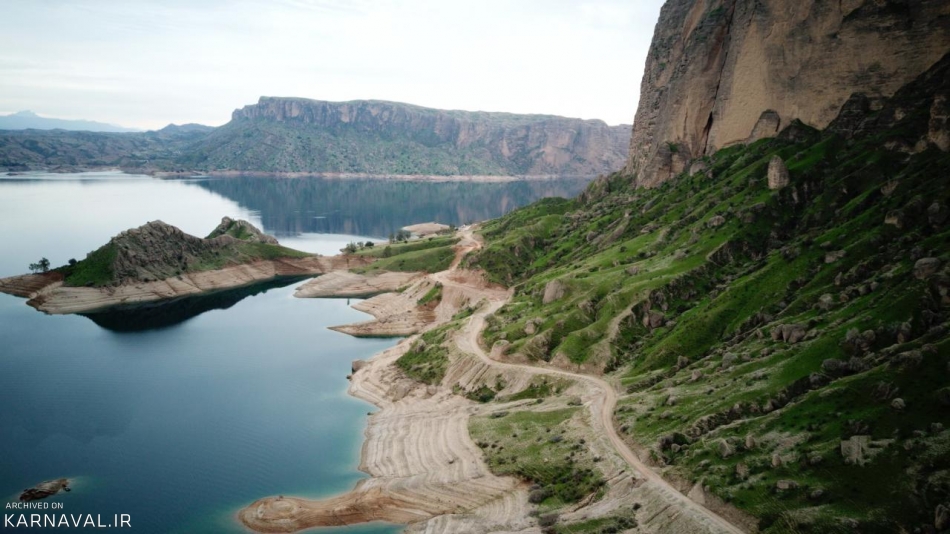 The Pamenar village in southern Iran is one of the country's most attractive tourist destinations thanks to its scenic beauty.

Located in the city of Dezful in southern Khuzestan province in an area between land and water, the village boasts a lake and one of the world’s tallest dams which, coupled with its beautiful nature, draws large numbers of visitors.

The Pamenar village lies between the Karkheh dam and the Dez river. The Dez dam also known as the Shahyoon lake lies in the north of Dezful behind the Shadab and Tangoon mountains.

The artificial lake is formed behind the Dez dam (the 50th tallest dam in the world). Various parts of the lake differ in depth. It is 50 meters deep at its deepest point.

The Shahyoon lake has a number of big and small islands. The biggest one has a surface area of around 60,000 square metres. These islands are mostly covered by jujube trees, Lentisque Bombay, willows and wild almond bushes. The plants are native to the area and are found in abundance there.

The fauna of the islands includes small animals such as foxes and rabbits as well as birds like see-see partridges, partridges and seabirds. Leopards have also been seen in hardly negotiable parts of the island.

You may also take a dip in the lake if you are good at swimming.

Another visitor attraction in the area is a small cemetery with standing tombstones bearing special carved-out designs. The images tell the story of those resting in peace there. The designs depict men and women some of whom are warriors or riding horses. Some are women climbing palm trees to pick dates. Some of them are dancers, potters, farmers and painters.

Next to the Pamenar village lies a straight, smooth wall which stretches for several kilometres. Thirty kilometres from the village and on the wall lies the Sahadab castle, which dates back to the Sassanid era. The castle covers an area measuring almost 12,000 square metres.

Villagers basically make a living through livestock breeding and bee farming (honey production). Tourism is also a source of income for locals.