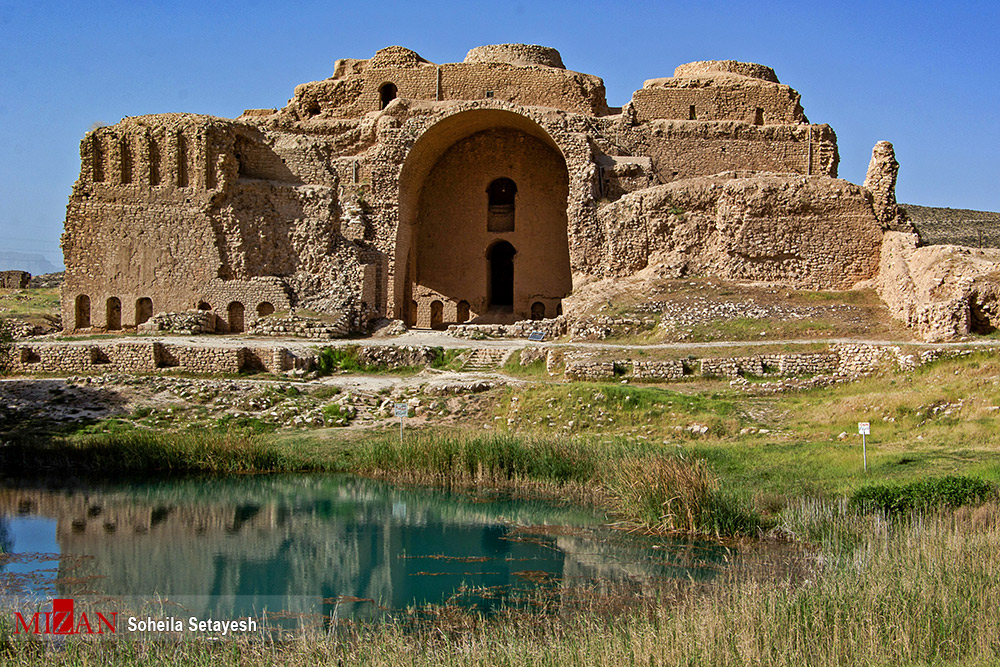 The Palace of Ardeshir Babakan (Papakan) in Fars province, southern Iran, dates back to the Sassanid era.

Located in the town of Firoozabad, the mansion was constructed in third century CE by Ardeshir Babakan, the founder of the Sassanid dynasty.

The architecture of many other Iranian monuments was modelled after that of the Ardeshir Babakan Palace otherwise known as the Firoozabad Fire Temple.

Although the structure is 1,800 years old, the decorative plasterwork on the inside of its walls is still intact.

Some experts believe the palace was the first Sassanid monument which boasts porches, arches and domes.

The Ardeshir Babakan Palace is registered on Iran’s List of National Heritage Sites.
In December 2020 when the area was struck by flooding, the palace risked being inundated by floodwater and its dikes were unfortunately destroyed.