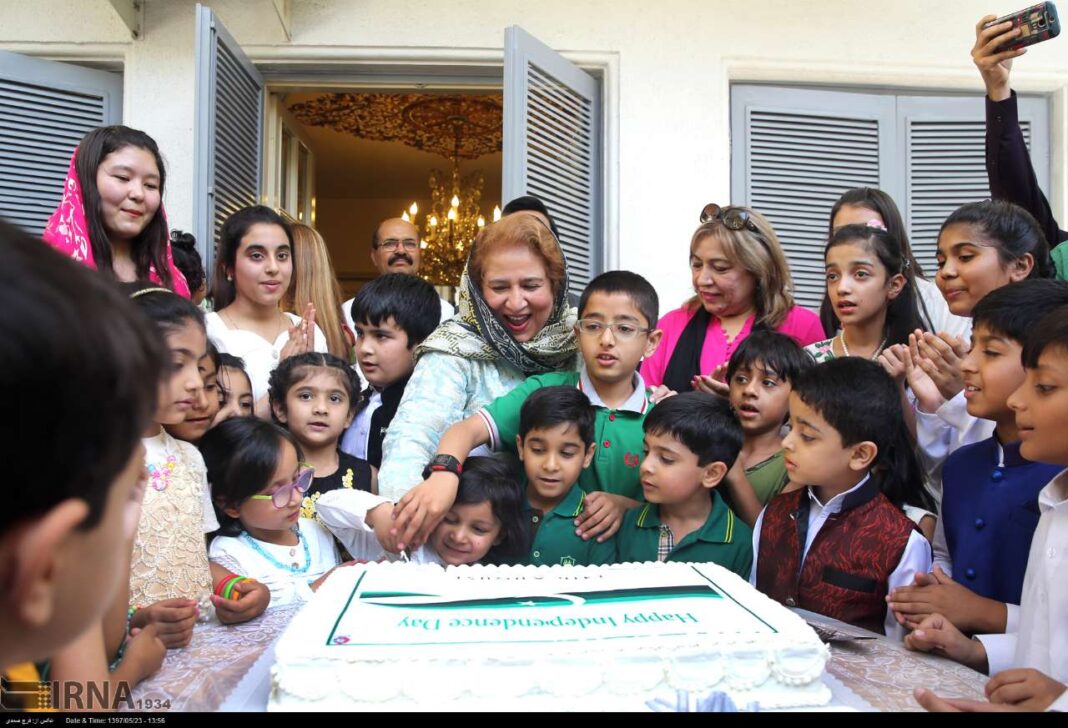 A group of Pakistanis residing in Iran recently came together in Tehran to celebrate the 72nd anniversary of their country’s Independence Day.

In a ceremony attended by Pakistan’s new Ambassador to Tehran Rifat Masood, the Pakistanis nationals marked the day by chanting slogans and waving their national flags.

Pakistan’s Independence Day, observed annually on 14 August, is a national holiday in Pakistan. It commemorates the day when Pakistan gained independence and was declared a sovereign nation following the end of the British Raj in 1947.

Pakistan came into existence as a result of the Pakistan Movement, which aimed for the creation of an independent Muslim state in the north-western regions of India via partition.

The main Independence Day ceremony takes place in Islamabad, where the national flag is hoisted at the Presidential and Parliament buildings. It is followed by the national anthem and live televised speeches by leaders.

What follows are IRNA’s photos of the ceremony held in Tehran: