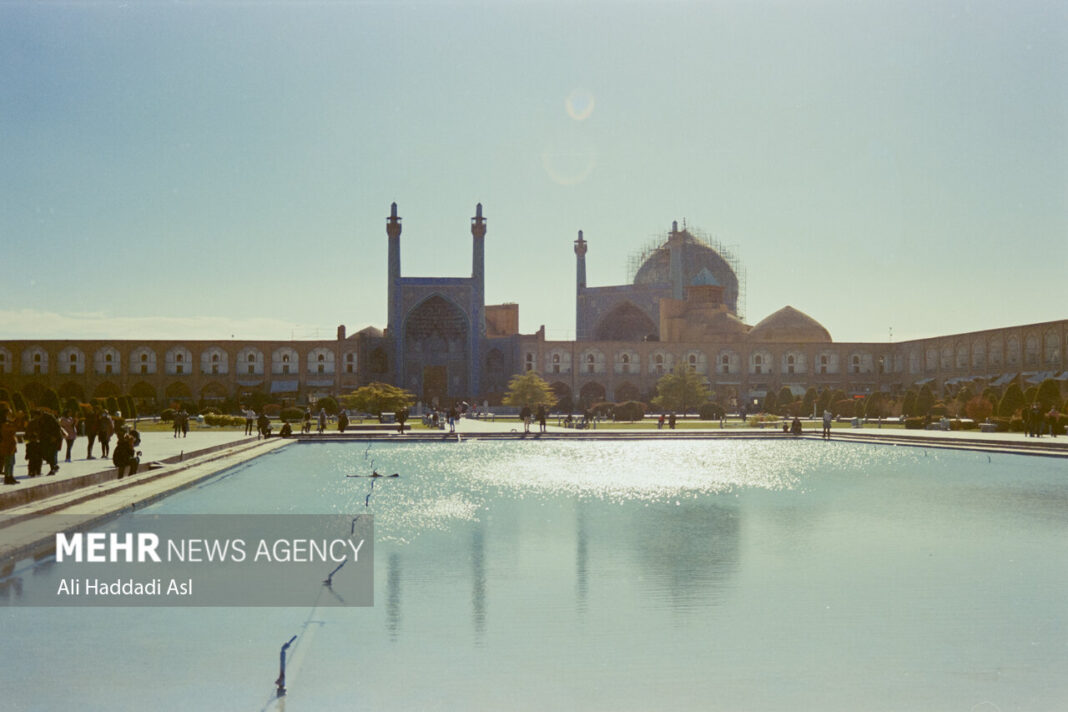 Naqshe Jahan Square is one of the oldest squares in Isfahan and one of the most beautiful monuments registered in UNESCO.

The architecture of the monuments of this square is reminiscent of several historical periods and that is why it has always been popular with Iranian and foreign tourists from the past until now.

In this report, which was recorded using an analog and 35mm cinematic negative camera, due to the ancient architecture and the conditions and type of modern life of the present age, an attempt was made to create a combination so that the audience can better conjure up the atmosphere of the past.

At the time of the call to the noon and evening prayers in the Imam Mosque, Naqshe Jahan Square is prepared for the worshipers.

One of the main symbols of Isfahan and Naqshe Jahan Square is the bicycle, which has been used in this square for a long time.

The Imam Mosque is always among the most beautiful architectural works of the Safavid era.

Iranian and foreign tourists have always been one of the most important features of Isfahan.

The tiling of the Aali Qapo mansion has an eye-catching beauty.

Sheikh Lotfollah Mosque and its beautiful architecture can be seen from the porch of Aali Qapo mansion.

Aali Qapo mansion and its porch is one of the monuments in which Sheikh Lotfollah Mosque can be seen noticeably.

Sheikh Lotfollah Mosque is in perfect symmetry with its beautiful skylights.

The porch of Aali Qapo mansion was originally designed and built to watch polo matches, but today it is a building with unique architecture.