It is located on the western side of the Naqsh-e Jahan Square, opposite to Sheikh Lotfollah Mosque.

The walls and ceilings of the halls are decorated by the works of renowned Safavid painters such as Reza Abbasi and his students. 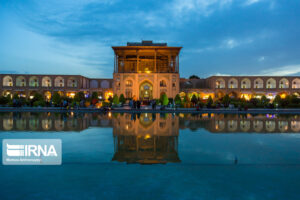 The chancellery was stationed on the first floor. In addition to Reza Abbasi’s miniatures, what makes Ali Qapu great in terms of magnificent and exquisite works are the stuccos of the sixth floor also known as the “Music Hall” or “Sound Hall”.

On the sixth, the royal receptions were held. The largest rooms are found on this floor. Here various groups performed music and sang songs.

From the upper floors, the Safavid ruler watched Chowgan (polo), military exercises and horse-racing in the Naqsh-e Jahan square.

The Ali Qapu has numerous meanings, but generally connotes entrance to the complex of palaces of the Safavid government.

What follows are photos of the palace retrieved from IRNA: 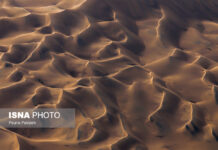 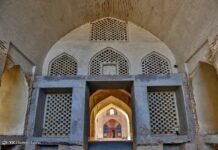 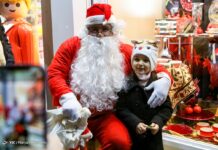