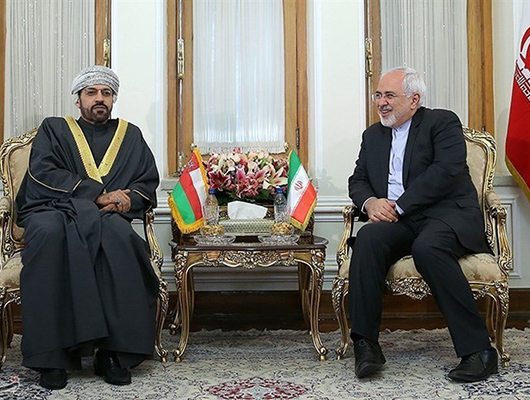 Oman’s interior minister pointed to the growing enthusiasm from the regional countries for closer relations with Iran, saying Muscat sees no barrier to the expansion of ties with Tehran.

He also voiced the sultanate of Oman’s readiness to enhance relations with Iran in all fields.

The Iranian minister, for his part, hailed Iran-Oman ties as a role model for the other countries.

Zarif also touched on the “historical juncture” in the regional developments, stressing that “constructive cooperation and mutual understanding should replace the illusion of rivalry.”

He further noted that instability and insecurity in any country will pose a threat to the other parts of the region and even to the world.

At the end of the meeting, the ministers signed an agreement on demarcation of sea borders between the two countries.