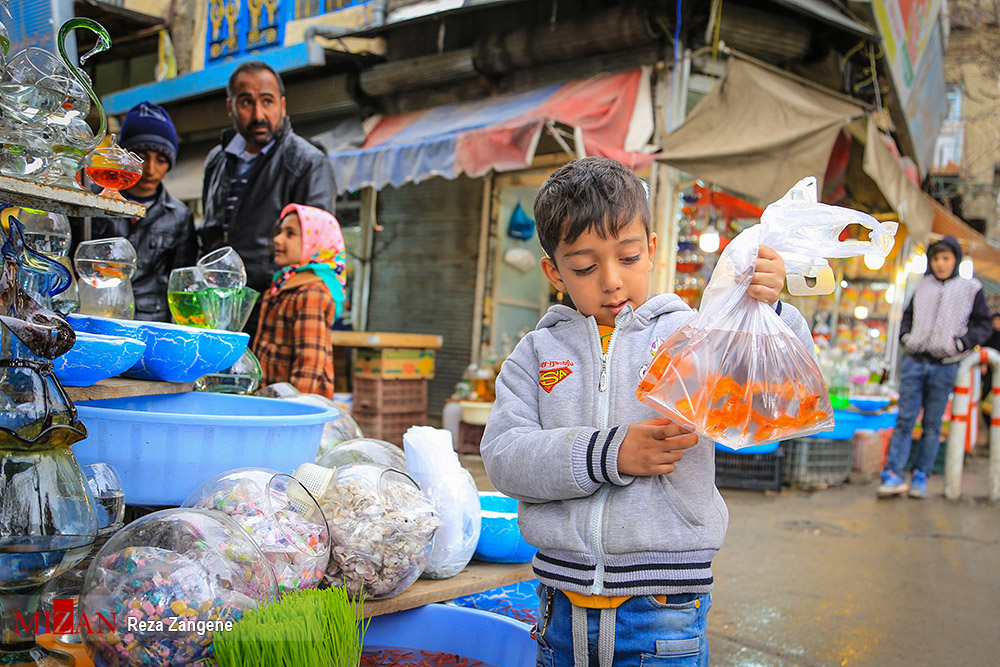 Nowruz is one of the most beautiful and lasting traditions of Iranians and ethnic Iranians, which is marked across the world. Nowruz rituals ranging from Haji Firuz, Chaharshanbe Suri and New Year house-cleaning to Haft Seen and visits to relatives’ houses and Sizdah Bedar have evolved over a span of thousands of years and are observed with slight differences at each corner of the Iranian lands.

Along with the Haft Seen – arrangement of seven traditional items, whose names begin with the Persian alphabet letter representing the sound “S” – putting a goldfish in a jar, which is an item of the Haft Seen table, much loved by the younger members of families, has cultural roots.

Since thousands of years ago, goldfish have been an ornament of small ponds in the houses and public pools on the streets, and are also guests at Haft Seen tables of many Iranians. So far, it was thought that goldfish were first farmed in East Asia in such countries as China and Japan.

READ MORE: Tajrish bustling in run up to Nowruz

However, historical artifacts, discovered along the vast boundaries of the Greater Iran and kept in major museums across the world, show that different species of goldfish were known to residents of the Iranian plateau for thousands of years, and contrary to what is often thought, the fish were most probably taken from Iran and Mesopotamia to China.