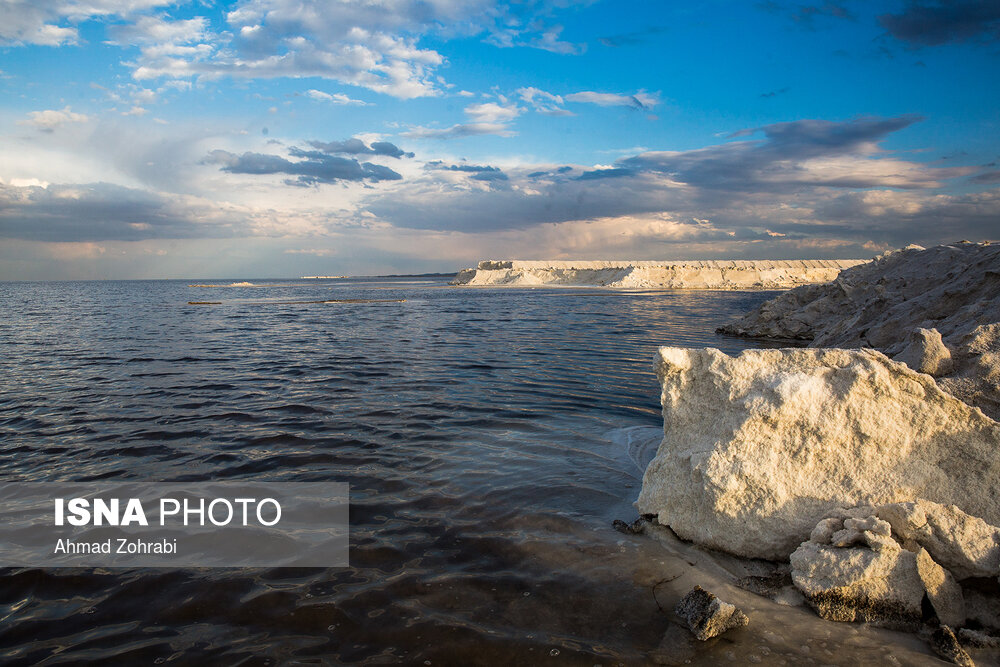 The high amount of precipitation in central Iran this year has revived the desert lake of Howz-e Soltan located along the Qom-Saveh road in central Iran, doubling the area of its surface water compared with the previous year.

The Lake is located 40km north of the city of Qom, 85km south of Tehran.

Howz-e Soltan, which is also known as Saveh-Qom Lake and Shahi Lake, has an area of 240 square kilometres, and is bound by Alborz Mountain Chain in the north.

The extent and shape of the lake becomes different in each season in relation to precipitation, but due to the heavy rainfall in the beginning of Persian New Year 1398 (mid-March 2019), the water level of Howz-e Soltan Lake has doubled.

In dry seasons, the lake dries up due to extreme heat and salt harvesting begins in the area. However, because of the high amount of rainfall this year, the water of Howz-e Soltan has remained longer during the summer.

What follows are ISNA’s photos of the lake: