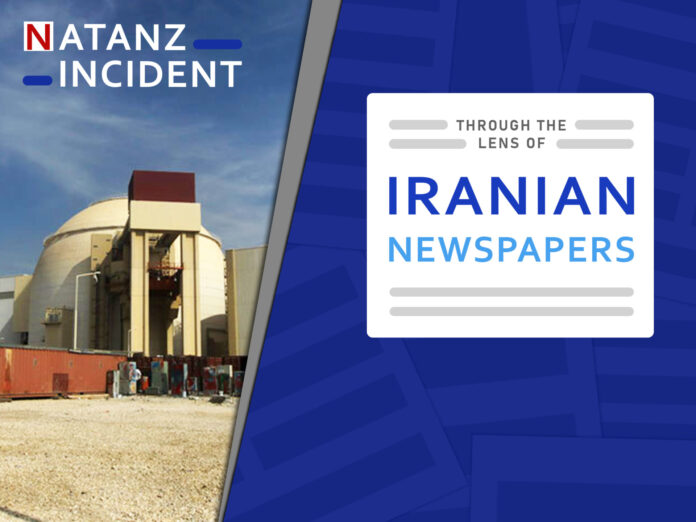 IFP has taken a look at the front pages of Iranian newspapers on Tuesday, April 13, 2021, and picked headlines from 16 of them. IFP has simply translated the headlines and does not vouch for their accuracy.

1- IAEA: We’re in Touch with Iran on Natanz Incident

1- Iranian Diplomat: It’s Not in Iran’s Interest to Leave Negotiations

* We Should Make Use of Natanz Incident in Our Own Favour

3- Salehi: Natanz Incident Has Nothing to Do with Nuclear Talks

2- Behind the Scenes of Nuclear Sabotage

1- West to Take Advantage of Zionists’ Sabotage in Vienna

* Zarif: Israel Seeks to Prevent Removal of Iran Sanctions Through Sabotage in Natanz 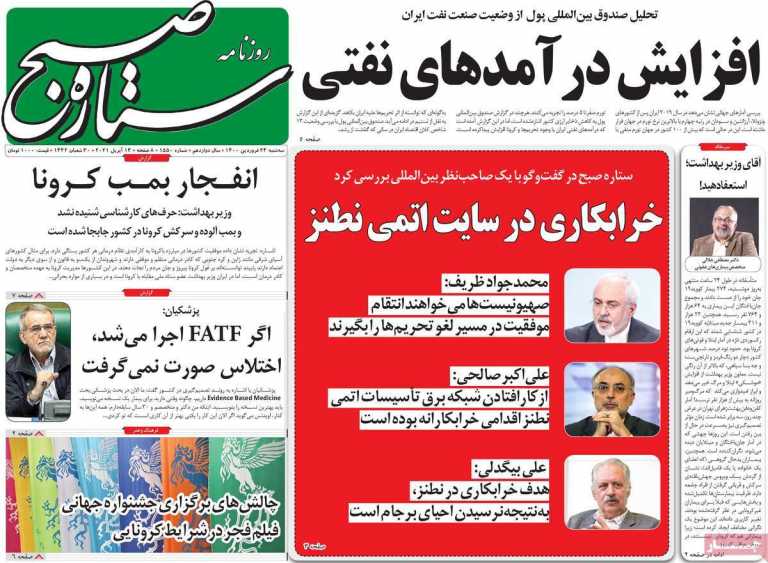 * While Zionists Admit They’ve Coordinated Natanz Attack with US, Some Iranian Officials Are Trying to Exonerate US