Mud Therapy in Lake Urmia; A Mixture of Healing, Recreation 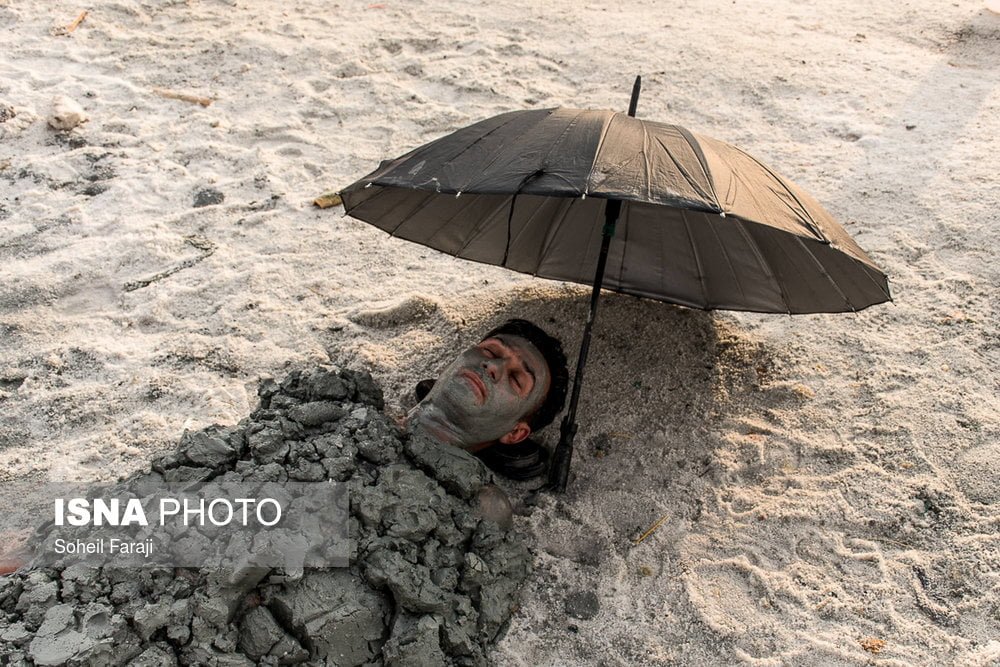 Lake Urmia in north-western Iran is widely known for its therapeutic properties, particularly those of its mud, which is attracting more and more tourists to the region.

The Lake’s mud is among the best-performing medical ones thanks to its mineral salts, especially chlorine, sulphate, sulphur, radioactive materials, iodine, iron and numerous organic substances.

It is effective in the treatment of many diseases, such as skin and rheumatic diseases, psychosomatic illnesses, gynaecological diseases, especially pelvic inflammation and menstrual disorders, and many other diseases.

In the past, the Lake’s mud used to be exported to several other countries as well as the Soviet Hospital of Tehran, which is now called Khordad 15th Hospital for the treatment of patients.

However, unfortunately in recent years, except for the general public and tourists, no one else makes use of this therapeutic method.

Nowadays, by using new methods and building modern health centres near Lake Urmia, effective steps could be taken not only in the development of tourism industry, but also in helping patients.

These centres can effectively help to develop new therapeutic approaches in the healthcare system of the country and become a reference environment for other countries, especially the neighbours.