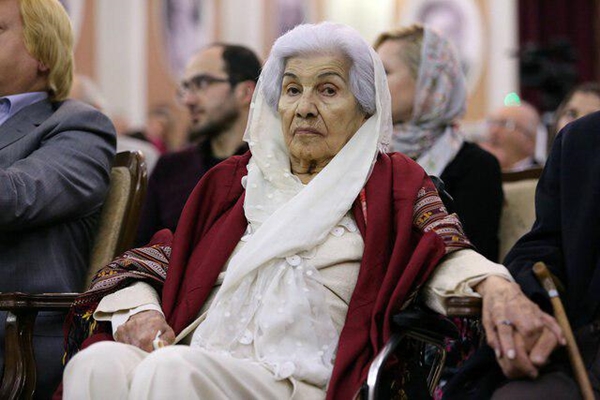 The Iranian painter and pioneer of modern Iranian art passed away on April 20. She has been noted as one of the most prominent Iranian artists of the contemporary time.

As one of the most influential artists in the field of visual arts, Farmanfarmaian was born in 1922 in the city of Qazvin.

She was the first artist to achieve an artistic practice that weds the geometric patterns and cut-glass mosaic techniques of her Iranian heritage with the rhythms of modern Western geometric abstraction. 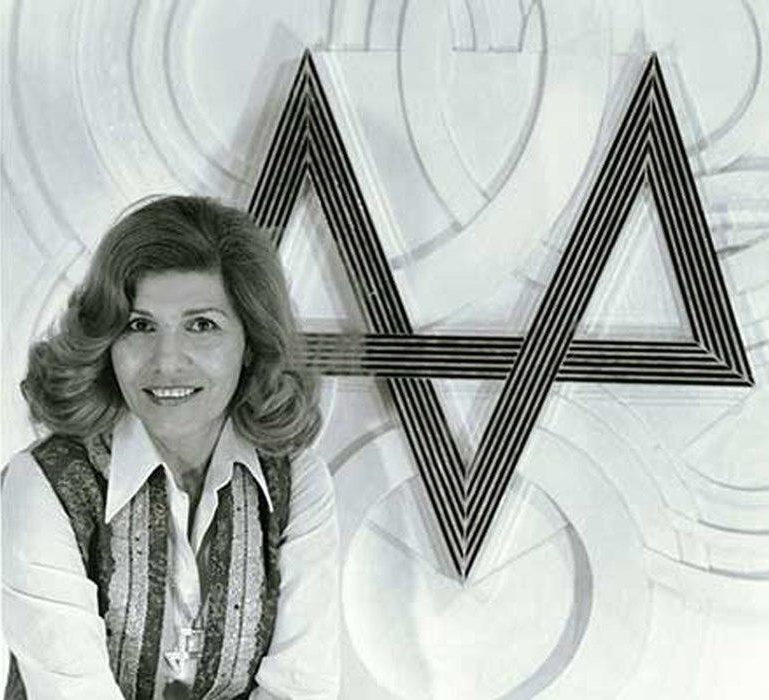 Seyyed Mojtaba Hosseini, Deputy Director of Art Affairs of the Ministry of Culture and Islamic Guidance, has expressed condolences over the death of Farmanfarmaian, saying that “presenting traditional and indigenous arts with a modern expression has taken the works of Farmanfarmaian to the world museums and collections as they provide a chance for introducing the features of Iranian culture and art.”

” Farmanfarmaian was a philanthropic artist with social concerns, and this concern has been manifested in her life for many times. Last year, she donated one of her works to help children with cancer. She also dedicated 50 works to the University of Tehran, which has been exhibited at a gallery named after her in Nangarestan Garden. I offer my condolences over the death of this artist to the art community and art lovers. May her soul rest in peace.”

The head of Tehran’s Museum of Contemporary Arts also in a message expressed sympathy over the death of Farmanfarmaian.

“Monir Shahroudy Farmanfarmaian is one of the leading Iranian figures in the world of art. The exhibition of her works at contemporary and modern museums of the world is a proof of this fact. I believe her unique look at art and human being gave this artist an exceptional status in the history of Iranian Art. Aficionados in every period of the future history of this land will have the opportunity to enjoy her art and get familiar with their country’s decorative arts,” reads the message.

Director General of Visual Arts at Culture Ministry, Hadi Mozaffari, wrote in his letter of condolence that “Farmanfarmaian is one of those artists who has linked the circle of artistic connectivity of several hundred years to contemporary artistic ideas and styles. She learned the art of carpet designing and combined it with the knowledge of the Parisian avant-garde art centre so that her art is welcomed by the art lovers. I convey my condolences over the death of this lady of Iranian art. My condolences are also offered to her the family, the family of visual artists and the great Iranian nation. I know that her work is a large part of contemporary art in Iran. May her soul rest in peace.”

Seyyed Mohammad Beheshti, a former cultural and cinema official, told ISNA, “The death of Monir Farmanfarmaian was a great loss to the country, and it remains a pity for us who lost her.”

She was one of the most important contemporary artists of our time, who had a long and very influential life. She was the initiator of a style and language that was unique and lively. She has created a lot of valuable works, highlighted Beheshti.

Beheshti also underscored that Farmanfarmaian may be more known on a global scale, because her works were often exhibited internationally. However, in recent years, her works were put on show for Iranians as well.

Germany’s Ambassador to Tehran Michael Klor-Berchtold also published photos of works by Monir Farmanfarmaian in his Twitter account, lamenting that the great Iranian artist has died.

She was the first female artist with her own museum in Iran. 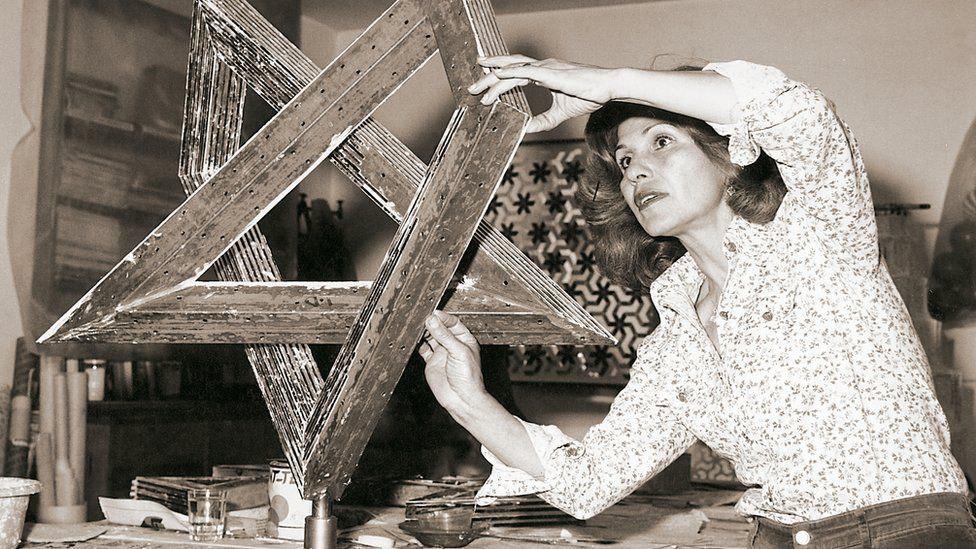