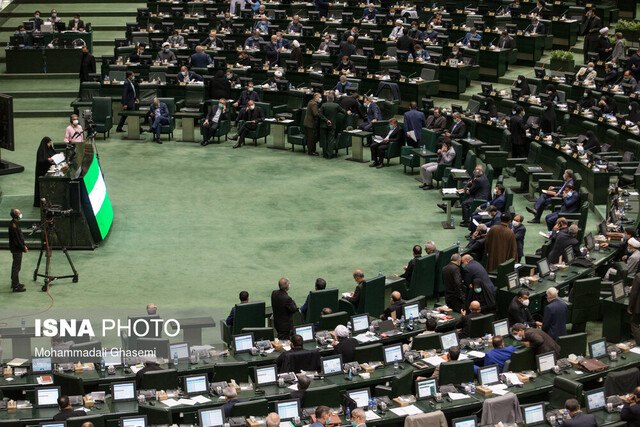 Iran’s Parliament wraps up the third day of discussions to endorse President Ebrahim Raeisi’s picks for the cabinet.

The MPs have been discussing the qualifications of the proposed ministers since Saturday. They have so far examined the eligibility of 11 picks.

In his remarks before Parliament, the proposed Defense Minister, Brigadier General Mohammad Reza Gharaei Ashtiani, was given half an hour to outline his plans. He said his top priority as Iran’s Defense Minister will be beefing up the nation’s deterrence, especially its missile might. He added that under his command, Iran’s armed forces will give a decisive and appropriate response to any act of aggression against the Islamic Republic.

Gharaei Ashtiani further spoke of regional stability and peace. He said another priority for the Defense Ministry under his command will be fighting terrorism and countering the presence of extra-regional forces in West Asia and the Persian Gulf.

Meanwhile, the proposed Health Minister, Bahram Einollahi, promised that, if he is approved for the post, all citizens will be inoculated until February 2022. Einollahi said, “Today is not 100 years ago when Iran was overwhelmed by famine and pandemics. We can defeat this heinous virus.” He also noted that if he becomes the Health Minister, all obstacles to domestic production of food, medication and medical equipment must be removed as ordered by Leader of Iran’s Islamic Revolution Ayatollah Seyyed Ali Khamenei.

An MP however opposed Einollahi’s endorsement as Health Minister. Mohammad Javad Askari, representing the city of Darab in the Iranian Parliament, claimed Einollahi is one of the signatories to a letter that demanded a ban on importing Covid vaccines from abroad. He said Einollahi signed the letter and “now says we will import from any country which would be prepared to sell us vaccines”. Askari added, “Picking ministers is a highly important task but choosing the [right] Health Minister is vital because people’s lives are at stake”.

The proposed Roads and Urban Development Minister, Rostam Ghassemi, also elaborated on his plans at Parliament on Monday. He vowed to tackle and eliminate “nepotism” and what he called “golden signatures” in the ministry. Ghassemi said thousands of kilometers of highways as well as inter-urban and rural roads are in dire conditions and all these problems must be tackled.