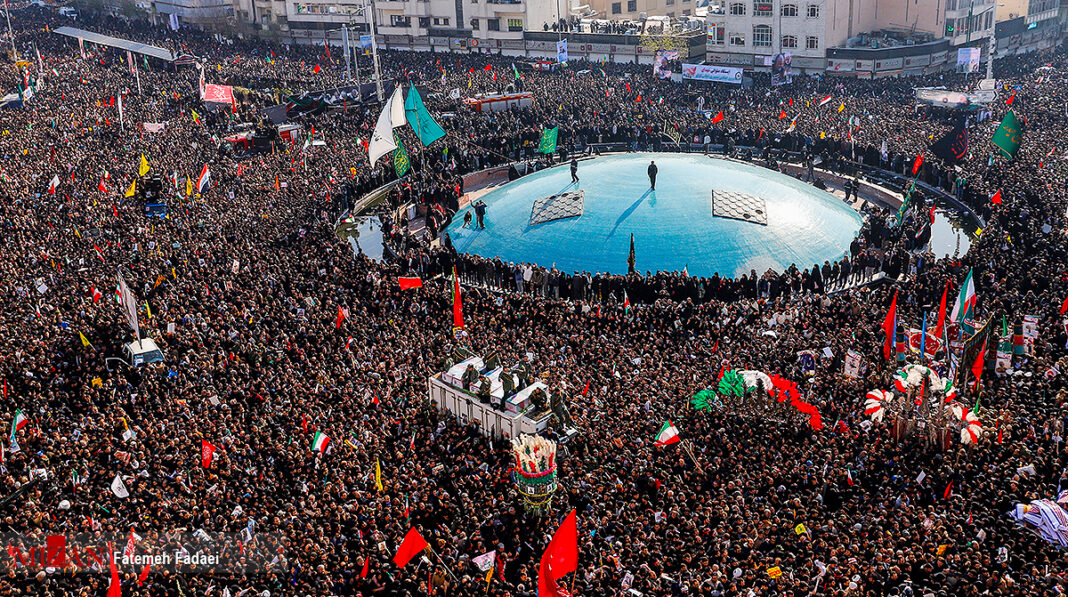 Iranian people from all walks of life are attending a massive funeral procession held for General Qassem Soleimani in Tehran.

The mourners streaming from all the adjoining streets descended on the iconic Enqelab (Revolution) Square in central Tehran on Monday morning, carrying portraits of General Soleimani who was assassinated in a US airstrike near Baghdad airport early Friday.

Leader of Iran’s Islamic Revolution Ayatollah Seyyed Ali Khamenei was the leader of the special prayers said for the deceased at University of Tehran.

All Iranian officials and many foreign ambassadors and diplomats, including Head of the Political Bureau of Hamas Resistance Movement Ismail Haniyeh also attended the funeral.

The funeral ceremony was held in Tehran after similar processions held in the Iraqi cities of Najaf, Karbala, and Kadhimiya, and also in the Iranian cities of Ahvaz and Mashhad, where millions mourned the senior commander’s demise.

The unprecedented Tehran processions were widely covered by almost all mainstream media in the world, which compared the funeral to that of the founder of the Islamic Republic, Imam Khomeini.

The people attending the funeral chanted anti-US slogans and called for a “hard revenge” against Donald Trump and his act of terrorism against a top Iranian commander.

What follows are photos of the huge turnout: