MEP: We have come to Tehran to guarantee promises 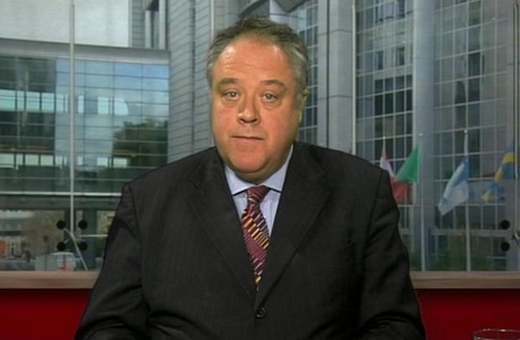 Richard Howitt, a Member of the European Parliament, has said that the EP will open its Tehran office in 2016 after the conclusion of a nuclear deal between Iran and P5+1.

With talks between Iran and P5+1 entering a final phase and the two sides working against the clock to draft a final nuclear deal, a number of MEPs (Members of the European Parliament) came to Tehran to build confidence with the Iranians and answer questions on removal of sanctions and investment in Iran.

One Briton is also on the seven-member team and this shows Europe is interested in tapping into the weight Britain carries in political equations. […]

This is the third trip by a European Parliamentary delegation to Iran after Hassan Rouhani was elected president [in 2013]. The current trip, however, seems to differ from previous visits to Iran. Unlike the previous trips which came with controversial meetings between Members of the European Parliament (MEPs) [with those in the opposition] on the sidelines of their stay in Tehran, the current trip has seen the European politicians stay away from contentious discussions and sideline meetings which are likely to hamper confidence-building efforts.

Taadol newspaper published a report on the trip by the delegation of MEPs and an interview with Richard Stuart Howitt – a Member of the European Parliament for the Labour Party for the East of England and the Spokesperson of the Socialist and Democrat Group in the European Parliament [on Human Rights]. What comes next is the translation of part of what the British lawmaker said:

On the reason behind the trip, Howitt said they have come to Iran to help Iran and the negotiating countries build trust in the run-up to the conclusion of a nuclear deal between Tehran and P5+1. […]

Howitt also said Iran and the European Union can cooperate on economic, political, cultural and scientific fronts. He added Europe stands ready to share its knowhow on climate change, water management and other scientific questions with Iran and cooperate with the country.

He further said that the European Parliament is willing to open its Tehran office in 2016 after a nuclear deal is struck.

Without doubt, Europe and Iran do not see eye to eye over several questions. There are some differences, but we are supposed to hold talks based on mutual respect, he said, adding the delegation’s meetings with Iranian officials have taken place in a calm atmosphere.

The European delegation wrapped up its two-day visit to Tehran on June 7.