Many Myths Americans Believe about Iran Are False: AIC Director 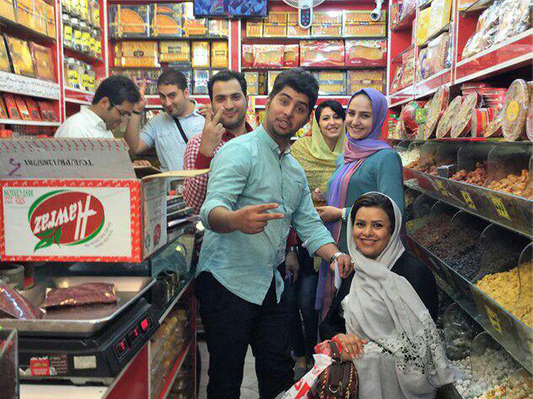 Stephanie Lester, the Director of Operations at the American Iranian Council (AIC), recently travelled to Iran alone for 10 days with the goal of proving that the country is safe, beautiful, and welcoming to Americans.

According to a report covered by Fars News Agency in Farsi, Lester says “Americans tend to view Iran as a backward country, mired in extremism and averse to modernity.”

“I am a Jewish-American woman who recently travelled to Iran alone for 10 days with the express goal of proving that – contrary to expectation – the country is safe, beautiful, and welcoming to Americans.”

“Before my travel, I had to explain to friends and family that there are no roaming hordes of ISIS militants in Iran; upon my return, I had to convince members of US Homeland Security that I was not a terrorist sympathizer during nearly two hours of detention and questioning,” she noted.

“I recognize that a negative public opinion of Iran can directly affect the course of policy-making, emboldening politicians to use red-meat rhetoric and speak about Iran as our irreconcilable enemy,” Lester noted.

“Since a more peaceful world starts with strong intercultural understanding and an informed citizenry, combating misinformation about Iran is vital.  There are too many misconceptions about Iran to address here, but let me raise a few facts in light of my recent visit, that may be surprising to some readers,” she went on to say.

She referred to Iranian women as educated people who are allowed to drive, vote, and hold senior jobs – many of them in math and science.

Lester also mentioned the fact that “Iran has the largest Jewish population in the Middle East outside of Israel.”

“This was my third visit to Iran, and no different than prior experiences in terms of the overwhelmingly positive response that I received from the Iranian people, who enthusiastically express their hope and strong desire for rapprochement with the West.”

She says during her last trip, she has even met a Basij [volunteer forces loyal to Iran’s Islamic Establishment], who ― when she told him where she was from ― was so excited.

“He gave me a free jar of honey (which he was selling) and hope that I would view Iran more positively,” she added.

She also pointed to Iran’s safety and said, “ISIS doesn’t hold territory in Iran; ISIS follows a warped version of Sunni Islam, and Iran is a primarily Shiite country.”

Iran is even engaged in the fight against ISIS terrorists, she added, as reported by Huffington Post.

“Further, there have been no major terrorist attacks in Iran. Guns are illegal among the general population and violent crime is extremely low.  As a woman, I felt comfortable walking around alone at night in the major cities,” Lester went on to say.

Referring to the way Iranian women dress, she described them as incredibly chic, and highlighted the manteaus and jeans they wear.

She pointed to the convenience of Jewish people in Iran, saying, “There are many functioning synagogues in the country, and Iran’s Constitution actually requires that there be a Jewish representative in Parliament.  I described myself as Jewish on my latest visit without experiencing any anti-Semitism; I also visited a synagogue in Tehran and asked members if they had any concerns or problems living in Iran; the response I received was adamant, “Not at all.”

She finally referred to certain anti-Iran allegations including its support for the Lebanese Resistance Group Hezbollah, but noted at the same time, “Let’s not squander the opportunity for future reconciliation with the newer generation by viewing the entire country through the lens of decades old resentments and misconceptions.  The notion that Iran is our irreconcilable enemy is simply untrue.”

American Iranian Council is a non-profit organization that claims to be working to improve US-Iran relations by promoting dialogue and intercultural understanding.