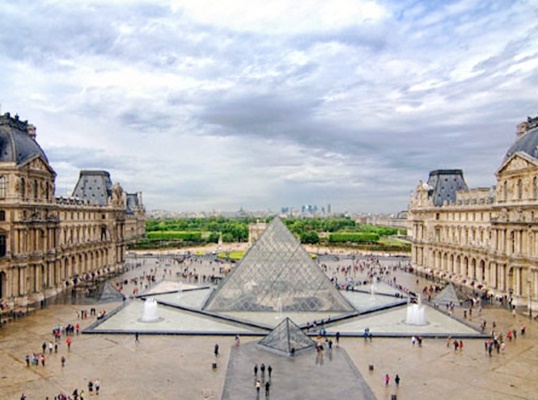 France’s Louvre Museum plans to hold an exhibition of its antiquities and artefacts titled “Louvre in Tehran” in the Iranian capital for the first time in its history, an Iranian cultural heritage official said.

The director of Iran’s Museums and Historical Properties Office, Mohammad-Reza Kargar, declared that Louvre Museum, located in the French capital of Paris, plans to put its antiquities and artefacts on show in an exhibition titled “Louvre in Tehran” in the Iranian capital.

According to a Farsi report by IRNA, Kargar said the holding of the expo is as per a Memorandum of Understanding between the cultural heritage directorate of the National Museum of Iran and the French museum, signed in March 2017.

He added the four-month exhibition will feature precious artefacts and antiquities, kept at the museum, belonging to the civilizations of ancient Greece, Egypt and Rome and a number of works by French artists.

“This will be the first time in the history that the museum intends to lend its artefacts and antiquities to Iran. This is indicative of the two sides’ great trust in each other and their advanced level in museum management.”

Inviting Iranians to visit the exposition, he stressed that showcasing these artefacts and antiquities not only helps Iranian people gain greater knowledge of the ancient civilizations, but also displays Iran’s cultural capabilities, highlights the country’s stability and security, and is a leap forward in its museum management.

Kargar noted that other countries such as Armenia and South Korea will also hold exhibitions in Iran in the year that will end in mid-March 2018.

Mexico has also proposed to hold an expo of its ancient civilization’s antiquities and artefacts in Iran, he added.