A look at Iranian newspaper front pages on Oct. 6

IFP has taken a look at the front pages of Iranian dailies on Monday and picked headlines from 22 of them.

Two top stories were under the Iranian newspaper spotlight on Monday. The response by Vice-President for Supervision and Strategic Affairs Mohammad Bagher Nobakht to those who had questioned government stats about economic growth was splashed across the front pages of dailies. Drawing as much attention was the repeal by the UK of an asset freeze on five Iranian entities and a businessman following an EU court verdict.

Abrar-e Eghtesadi: “General Electric – a US corporation – is set to do business with Iran.” 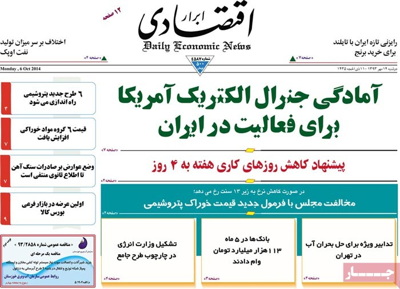 Afkar: “President Rouhani is to visit Tehran University.” His visit on Tuesday October 7 is to mark the opening of the academic year. 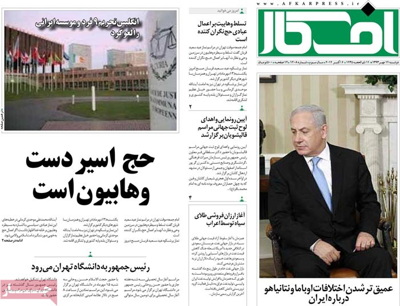 Aftab-e Yazd: Allegations that Foreign Minister Mohammad Javad Zarif does not have the best interests of the Islamic Republic at heart are invented by those who are afraid of a final deal between Iran and P5+1 as nuclear talks approach a crucial stage. 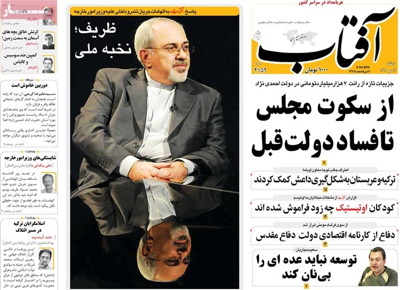 Arman-e Emrooz: “There is a good relationship between Khatami and the Supreme Leader,” said Sadegh Kharazi, an advisor to former President Mohammad Khatami.

Arman-e Emrooz: “Throwing obstacles is the result of apprehension on the part of those who are concerned,” said Mohsen Safaei Farahani, a senior reformist. 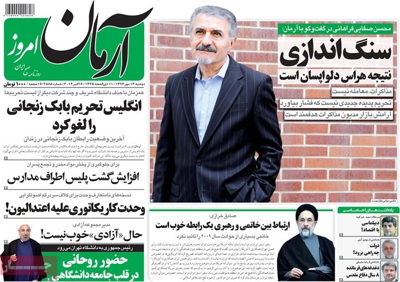 Asrar: “It would take a miracle to unite principlists under the leadership of Ayatollah Mesbah-Yazdi,” a principlist politician said. 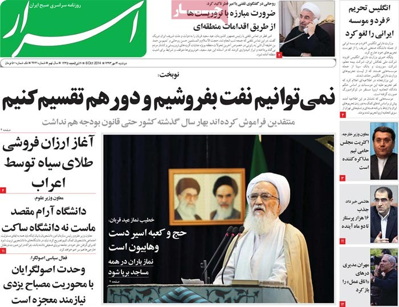 Ebtekar: The change in Ahmadinejad’s attitude toward Seyyed Hassan Khomeini may stem from his ambitions to return to power and win over the reformists along the way.

Ebtekar: “‘Navaei, Navaei’ [a hit record by Gholamali Poor-Ataei] died away.”The headline refers to the passing of the Iranian folklore singer and Dotar player on October 4.

Ebtekar: “The Islamic Revolution Stability Front flexes its muscles for the critics.” 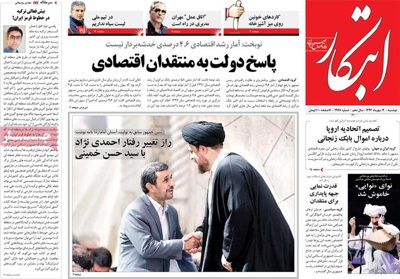 Etemad: “We have not held any talks with America about Afghanistan,” said the Iranian ambassador to Afghanistan. Ettela’at: In a phone conversation with the Emir of Qatar, President Rouhani invited leaders of regional nations to take coordinated action against terrorism.

Ettela’at: “The liquidity growth in Iran has lost steam.”

Etela’at: “The retired who are insured by the Welfare and Social Security Organization are to get free healthcare.” 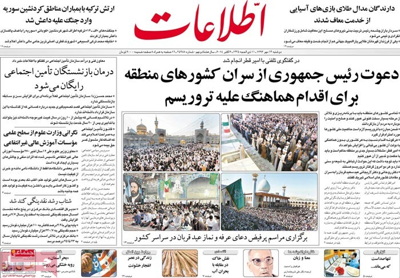 Farhikhtegan: Those whose interests at Islamic Azad University took a hit when its leadership was replaced [under the new government] are calling for sit-in strikes rather than research. 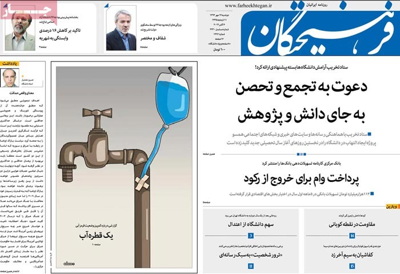 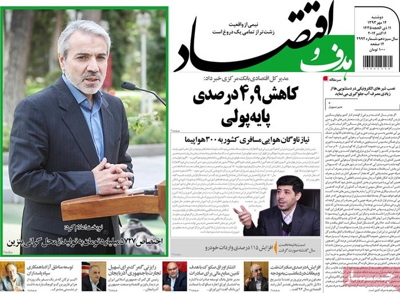 Haft-e Sobh: “The number of medals [secured in the Asian Games in Incheon] suggests that Iranian sportswomen have an edge over their male counterparts.” 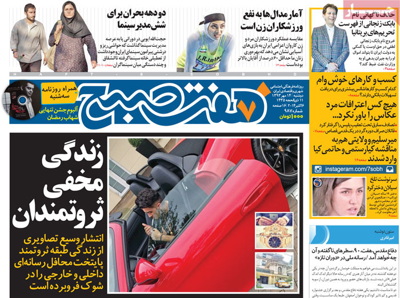 Hemayat: “The public should not be worried about Ebola,” said the health minister. His comment came in reaction to worries that the infectious disease may fly its way into Iran on board planes carrying back Hajj pilgrims from Saudi Arabia.

Hemayat: “With supervision tightening, we won’t let the image of the Judiciary be tarnished,” said Judiciary Chief Ayatollah Sadegh Larijani. Iran quoted the government spokesperson as saying that $1.7 billion is to be allocated to bolster production. 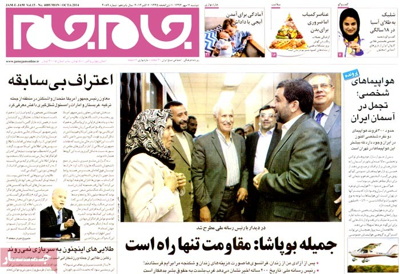 Javan: “The countdown is on to a humanitarian crisis in Kobani in spite of US-led coalition attacks against ISIL; 45,000 Kurds are besieged by ISIL and Turkey.” Jomhouri Islami: “A comprehensive deal between Iran and P5+1 is in the offing,” said a number of international observers. 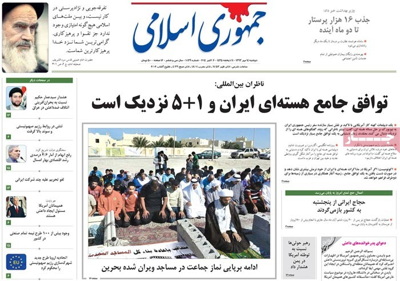 Kaenat: “Divisions are deepening between Obama and Netanyahu over Iran.” Kayhan: “The license of polluting industries will be revoked.” 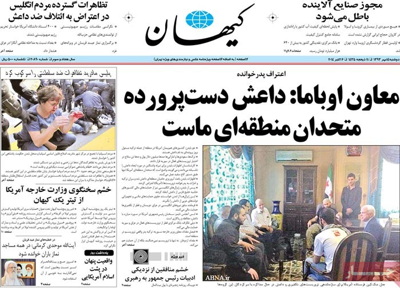 Shahrvand: “Two provinces are inundated; [the much-anticipated] rainfall came down in buckets.” 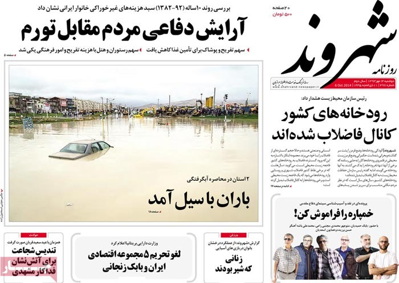 Sharq: “Iran’s nuclear dossier will come to a good end,” said the speaker of the Irish Upper House of Parliament. Tafahom: “The wind power plant of Manjil [a city in Gilan Province] becomes the largest wind farm in the Middle East.”

Tafahom: “Mohammad Bagher Nobakht reacts to comments by those who doubt the authenticity of government economic growth statistics.” 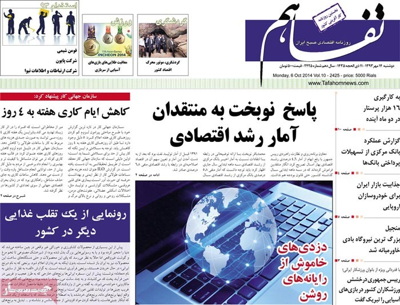