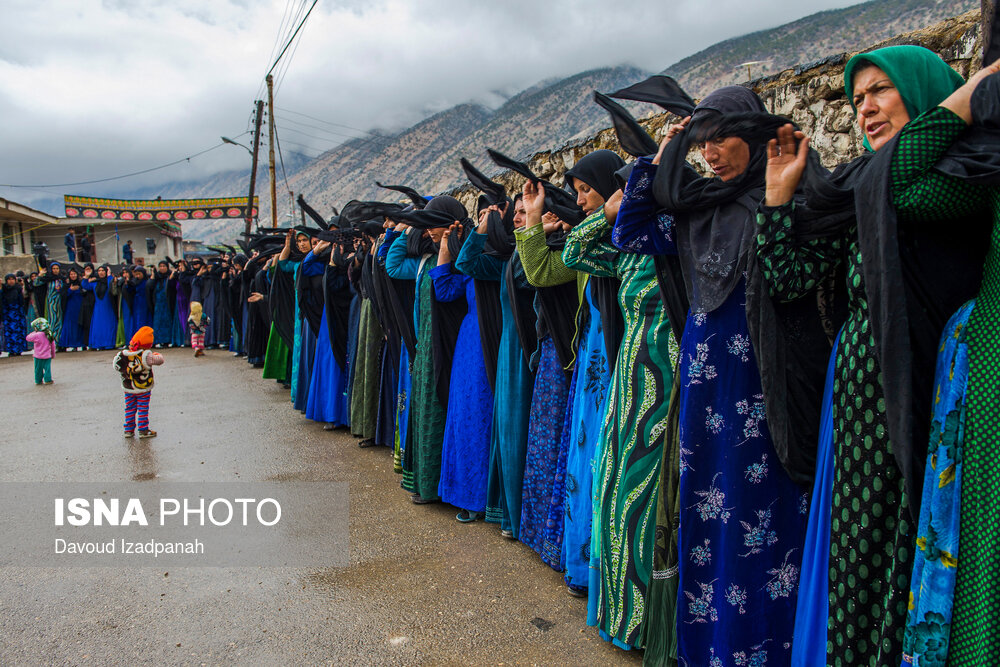 Women in the southwestern Iranian province of Kohgiluyeh and Boyer Ahmad province have their own special ways of mourning the martyrdom of Imam Hussein, the third Shiite Imam, in the lunar month of Muharram.

These methods are different from the ways in which men mark the sad occasion.

Although in most parts of the province women generally just watch men holding mourning ceremonies, women have a special way of honoring Imam Hussein’s martyrdom in the Zilaei village which lies 200 kilometres from the provincial capital of Yasooj.

Like men, women in this village not only help prepare free takeaway food, they also take part in the special “Hovay Hovay” ritual.

In this rite, women wear dark and cold-coloured clothes as a sign of mourning and form a circle. An old woman functions as the narrator, and sings an elegy. She grabs the corners of her chador and puts them on her shoulders.

Then other women who have formed the circle begin repeat the elegy after the narrator. They sign the elegy with a sorrowful tone. They also cry and eulogize the deceased person for his good deeds while performing local music.

On the other hand, women in each home prepare free takeaway food for six. Then, on Ashura day, they hand over the food to organizers of mourning ceremonies who will then pack them in disposable dishes and distribute them among mourners.