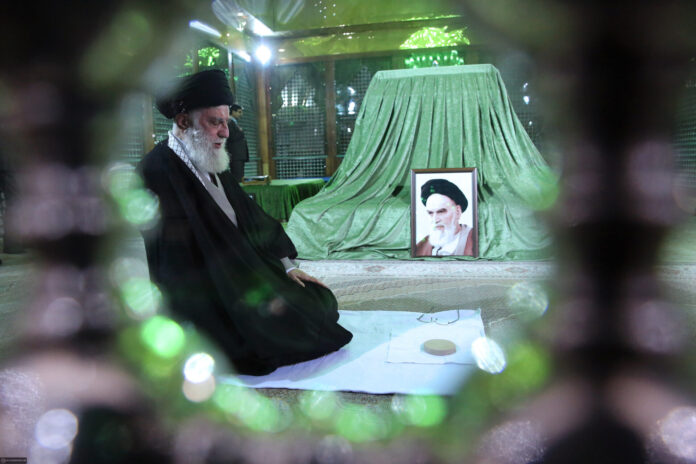 Leader of Iran’s Islamic Revolution Ayatollah Seyyed Ali Khamenei visited the mausoleum of Imam Khomeini on Saturday morning to commemorate the late founder of Islamic Republic as well as martyrs of the 1979 Revolution.

On the occasion of the of the 41st anniversary of the victory of Islamic Revolution in 1979, Ayatollah Khamenei paid tribute to the late founder of the Islamic Republic Imam Khomeini in his mausoleum in southern Tehran.

During the visit, the Leader also paid homage to the martyrs of the Hafte Tir bombing and the Iranian Prime Minister’s office bombing, both of which were carried out by the MKO terrorist group in 1981.

What follows are photos of Ayatollah Khamenei’s Saturday visit: