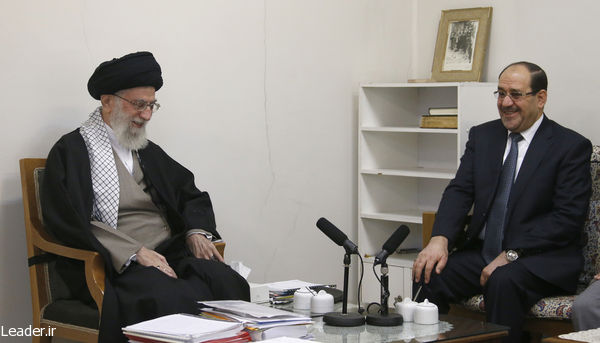 Leader of the Islamic Revolution Ayatollah Seyyed Ali Khamenei has praised the role of former Iraqi Prime Minister Nouri al-Maliki in promoting “stability” and “independence” in the violence-torn Arab country.

In a meeting with Maliki, who currently serves as Iraq’s vice president in Tehran Monday, the Leader hailed Maliki’s contributions to the recent transition of power in Iraq, saying such an approach helped prevent “chaos” and “instability” in the country.

Maliki, in turn, thanked the Islamic Republic for standing by the Iraqi nation in its fight against the ISIL terror group, which has seized large swathes of land in his country over the past months.

In August, Maliki stepped down as Iraq’s premier and voiced support for his successor Abadi. He said his decision to give up the position shows his desire to “safeguard the high interests of the country.”