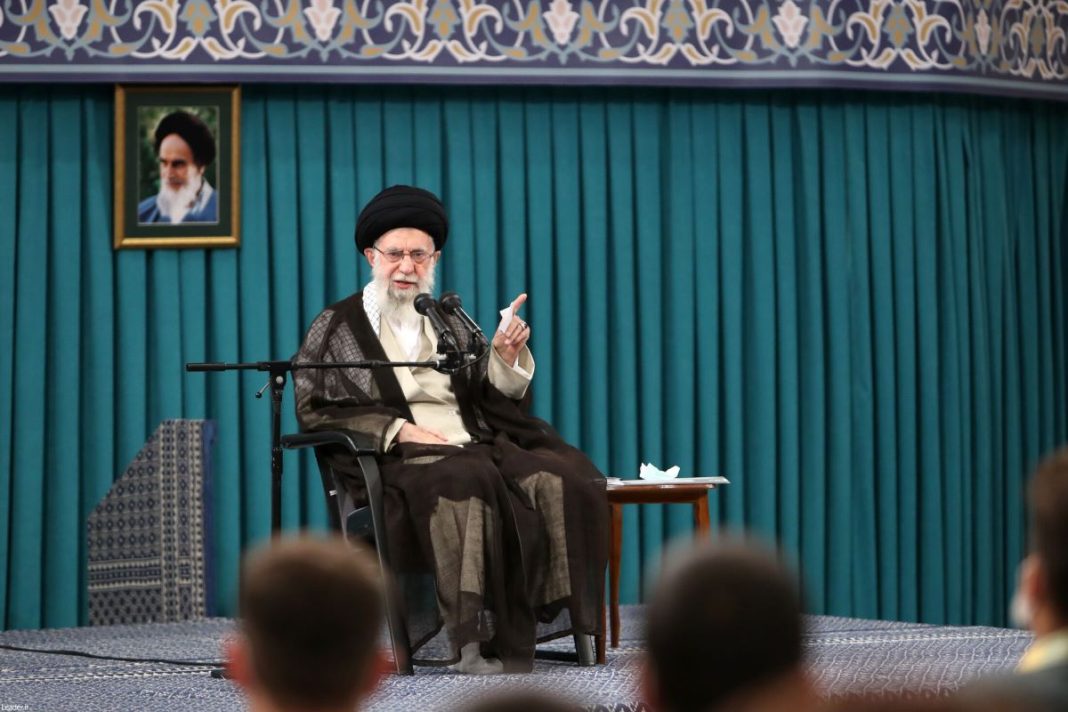 Leader of the Islamic Revolution Ayatollah Seyyed Ali Khamenei says the Americans are lying in their claims that the 1979 takeover of their embassy in Tehran first triggered a dispute between the Iranian nation and the US, describing the 1953 coup against Iran’s elected government as the starting point in the row.

Ayatollah Khamenei met with a group of students on Wednesday, as Iranians are preparing to mark the anniversary of the 1979 takeover by students of the American Embassy, known as the ‘den of espionage.’

The embassy takeover, which took place on November 4 that year, came less than a year after the Islamic Revolution toppled the US-backed Pahlavi dictatorship in 1979.

The Leader said the incidents that happened during the embassy takeover were full of experiences for the future generation to learn from.

Ayatollah Khamenei described the occasion as both “historic and instructive,” adding, “This day is both the manifestation of America’s evilness and that of the US taking blows and suffering defeat.”

This, he added, proves those who imagine that America is invulnerable to be wrong.

“If we look at the developments unfolding today, it becomes clear that it (America) is totally vulnerable,” he added.

In their propaganda, the Americans try to falsely portray the embassy takeover as the onset of the dispute between the Iranian nation and the United States.

“They say the reason why the Americans stood against the Iranian nation was the move that you (Iranians) made at the embassy; that is you (Iranians) attacked our embassy and thus a dispute erupted between us [and this led to] an enmity…but they are lying. That is not the issue.”

The starting point of the challenges between the Iranian nation and America goes back to the 1953 coup against Iran’s elected Prime Minister Mohammad Mosaddegh.

“The Mosaddegh government was a national one. His problem with the Westerners was only the oil issue. He was not a hojjatoleslam (senior Muslim clerica), nor was he advocating Islam. Oil was the [sole] issue and it was in the hands of the British,” he explained.

Mosaddegh’s only crime was that he said Iran’s oil must be under its own control, something that promoted the Americans to hatch plots and stage the “strange” coup d’état.

The former Iranian prime minister viewed the Americans with optimism, had put his trust in them, and even liked them, Ayatollah Khamenei said.

Mosaddegh “thought the Americans would support him in the face of Britain, but they backstabbed him. They arrested Mosaddegh and his companions. They later executed some of them and jailed others for many years,” he said.

“Our row with the Americans dates back to that day. Now the US politicians say, shamelessly and hypocritically, that ‘we are supporters of the Iranian nation,’” Ayatollah Khamenei said.

He offered a long list of American crimes against the Iranian nation since 1953 up until today, saying, “In most anti-Iran incidents, your footprints are clear. Are you now claiming with sheer shamelessness that you care for the Iranian nation?”

He said the Iranian nation has never forgotten and will never forget some of the incidents, including the assassination in 2020 of Lieutenant General Qassem Soleimani in Iraq, a pledge that he reiterated will be acted upon in due time.

The Leader said the US today is no different from what it was in the past, and only their methods of advancing their enmity have undergone some changes.

He said America is today on the decline, describing the US’s complex domestic problems and its foreign policy miscalculations as signs of its declining power.

Ayatollah Khamenei highlighted the US role in the riots across the country over the past weeks and said the statement released by the Intelligence Ministry and the Intelligence Organization of the Islamic Revolution Guards Corps (IRGC) over Washington’s involvement included “important information and discoveries.”

“This shows the enemy had hatched plots for Tehran and small and large cities,” he said.

The Leader pointed to the participation of teenagers and youths in street riots, saying, “There are our own children, and we have no issue with them since they entered the scene due to some emotions, sentiments and some [instances of] carelessness, but the main directors [of the unrest] stepped in with plans and conspiracies,” he said.

The Leader also called on authorities to identify and bring to justice those behind the crimes recently perpetrated in the terror attack on the holy shrine of Shah Cheragh in Shiraz and other deadly acts of violence.

“Anyone who is proved to have been involved in the crimes will definitely be punished,” the Leader added.

He described the recent developments in Iran as “hybrid warfare” instead of mere street riots.

The enemy, which means America, the Zionist regime, some evil European powers and some grouplets, entered the scene with everything at their disposal, but the nation frustrated the ill-wishers, said the leader.