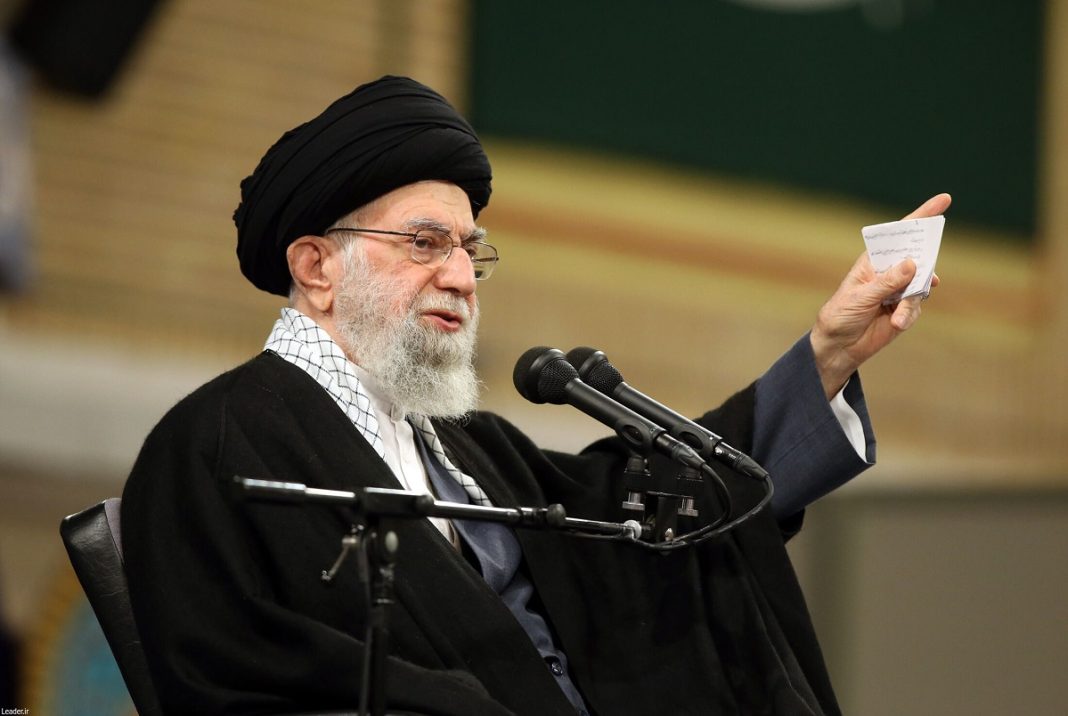 The leader said in a meeting with people from the central city of Qom that the enemies wanted to pretend that they want weaknesses to be addressed, but the target was rather Iran’s strengths.

“We have the economic and livelihood problems people are facing, but is the problem resolved by torching trash bins?” the leader said, referring to the acts of vandalism during the protests and deadly riots.

Ayatollah Khamenei said the role of foreign enemies in the riots was clear, despite denial by some people.

“This was clear. What the Americans did, what the Europeans did – different European countries – each one of them got involved some way or the other, openly, evidently, not secretly,” he said.

“Foreign sides, in their propaganda, wanted to pretend that these riots in which some come to the streets, cry and swear and brake a window somewhere and torch a trash bin, etc, these people are opposed to the weaknesses of the country, weaknesses in management, economy, etc,” the leader said.

Ayatollah Khamanei called the measures “betrayal” saying relevant authorities are “seriously and fairly” countering such acts of betrayal, which the leader said, is what they “must do.”