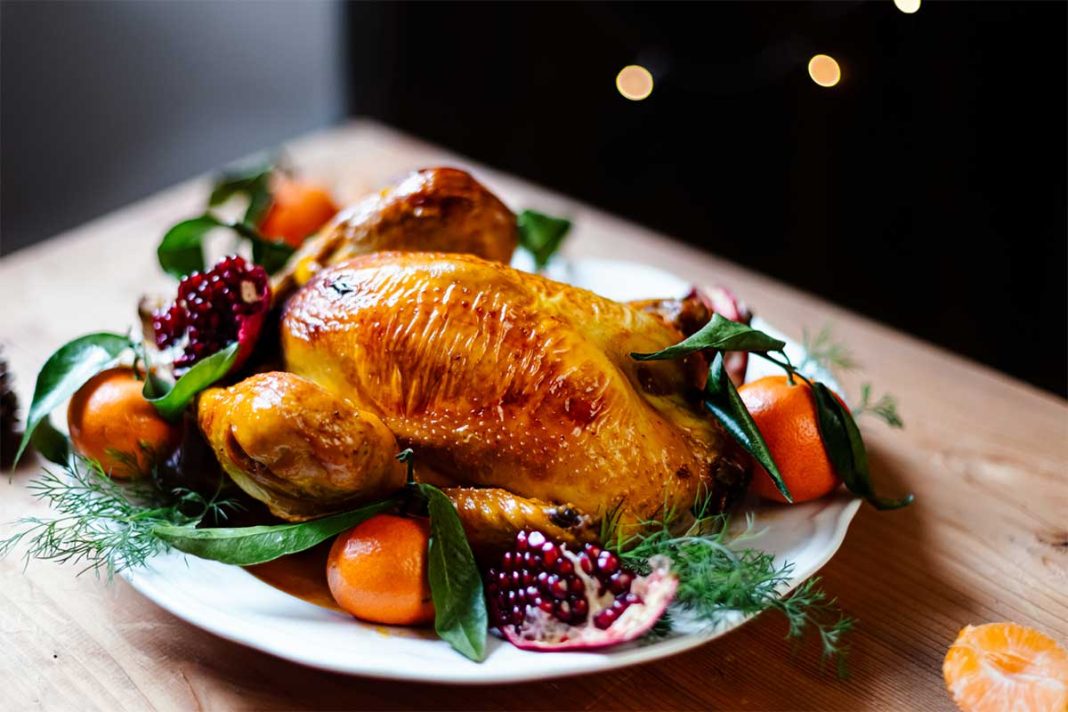 The Lavangi chicken is a palatable, traditional and major food of locals in the border town of Astara in Gilan province, northern Iran.

The word “lavangi” in the Taleshi language means “colorful stomach”. This name refers to the decoration and arrangement of trimmings in the belly of chicken or duck.

To fill the belly of chicken and duck, they usually use fragrant vegetables, onions, garlic, walnuts, common medlar paste, plum paste, pomegranate paste, sour grape juice, tomatoes, salt and pepper. People in the Republic of Azerbaijan also cook lavangi and they recognize it as the country’s national food. 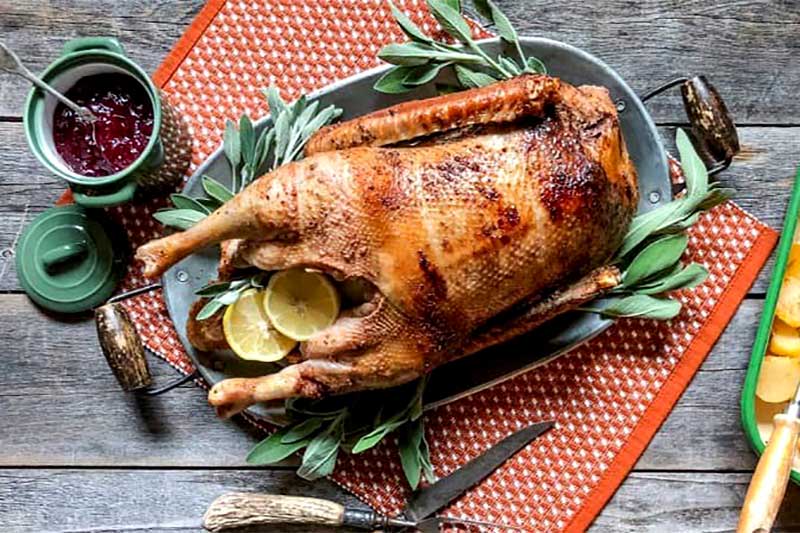 The food is made in a slightly different way and with different ingredients in the Iranian city of Astara and in the Talesh (wikipedia) region in northern Iran. The chicken or duck lavangi is for the Nowruz eve and the fish lavangi for Chaharshanbeh Suri (Read more). The eggplant lavangi is served as snack.

Among the main ingredients of the dish is “sweet medlar paste” and “sour plum paste” or “pomegranate paste” which, when combined, give the food a sweet-sour taste.

The food can be made with duck or fish as well. 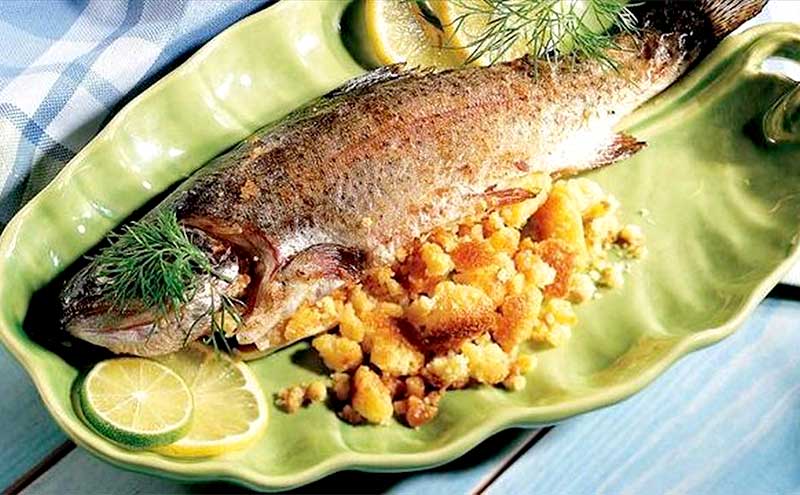 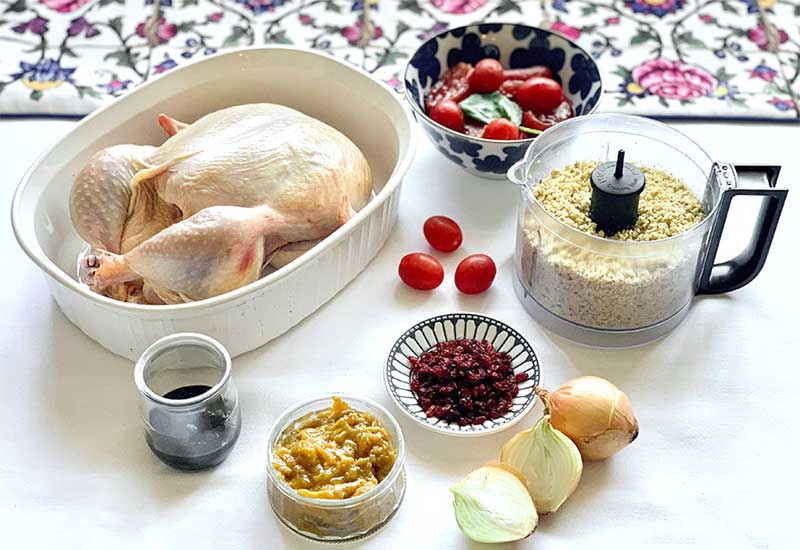 Before cooking the chicken, grate the onions and put them onto the frying pan on low heat until its water evaporates.

Then crush the walnut and add it to the onions. Sauté the mix before turning off the oven. Add 2 to 3 spoonfuls of sour plum paste (depending on how sour the paste is) plus salt, pepper and cinnamon and mix them well until you get a smooth paste.

Gut the chicken and rub some salt on the inside before filling it with prepared ingredients.

Then sew the chicken’s stomach with a needle and thread, and tie its feet together, so that the ingredients inside will not get out.

Put some oil in a dish and fry the chicken in it on low heat. Peel the potatoes and chop them before putting them onto the dish with chicken, allowing them to be cooked.

When the chicken is half-cooked, put it inside the oven at medium temperature and leave it there until it gets brown in colour and is cooked through. Then bring out the chicken and dish it out. 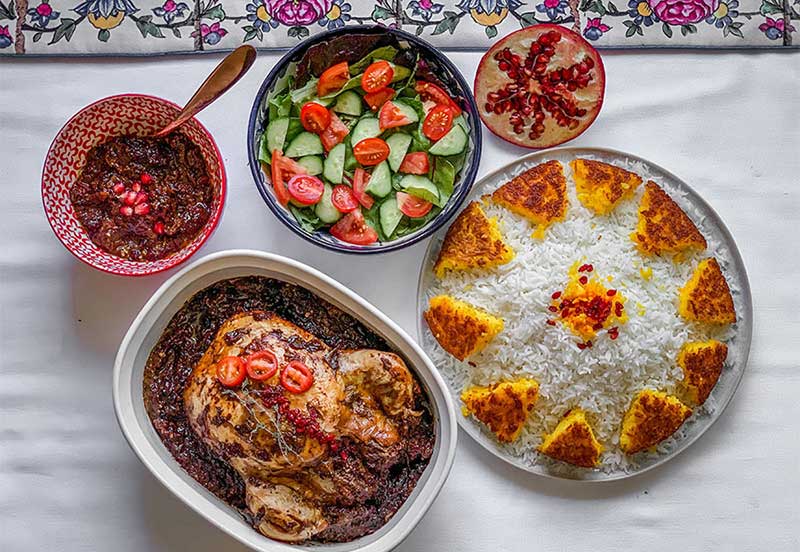 1-To make the chicken sour and delicious, you can inject some sour grape juice or lemon juice into the chest meat and thighs during the cooking process by using a clean syringe.

2-Making small holes in those areas of the chicken that have stronger meat is a key step toward cooking lavangi. As a result, the substances that are placed inside the chicken belly absorb heat better. This gives your lavangi a good taste.

3-If you do not have fragrant Gilani vegetables, then you can use whatever fragrant vegetables that are available.

4-To make your lavangi golden in color in the pot, you had better steam it initially and then fry it at the end. 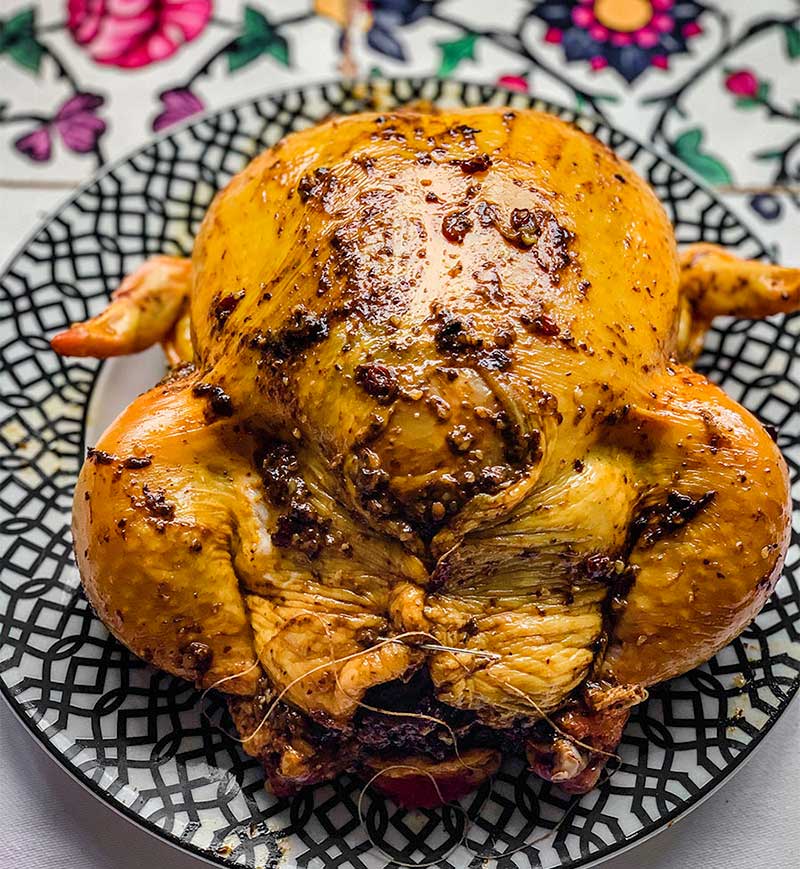 This food used to be made in pots and on charcoal or in the oven and on the stove in the past.

They would turn the lid of the pot upside down to cook lavangi, and charcoal was poured in the lid so that the food would cook slowly with charcoal.

Today this local food is however cooked in most homes and restaurants using the oven.