The rituals of Chaharshanbe Suri 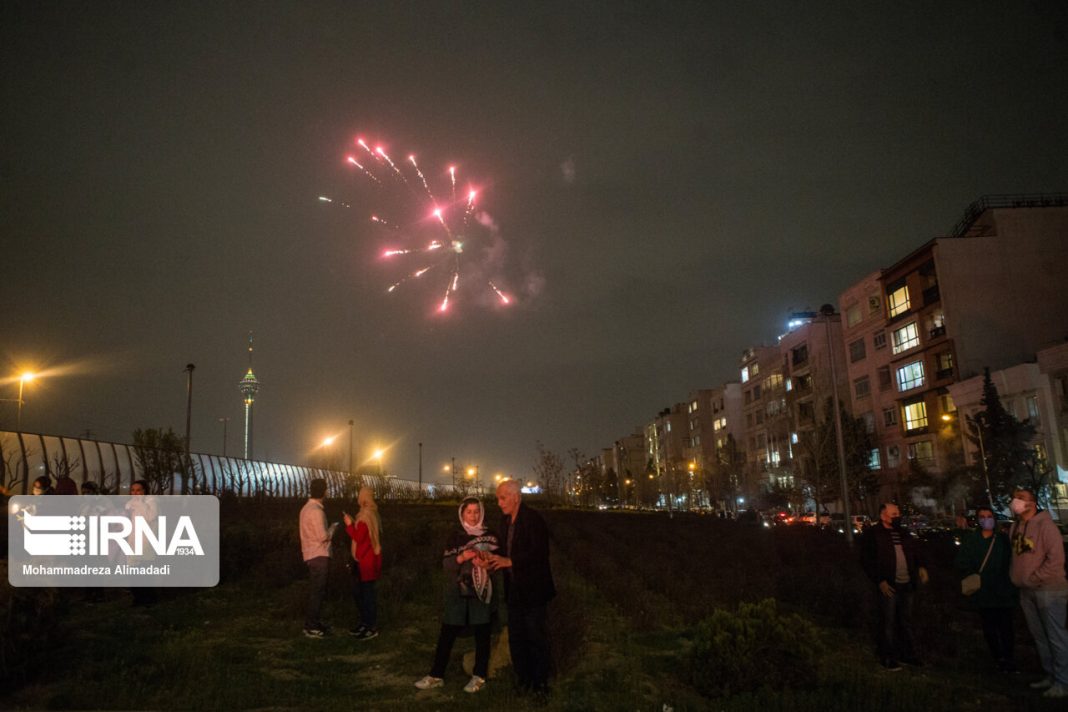 They say old timers believed that the ashes from Chaharshanbe Suri were ominous. Also, families whose loved ones were ill or who had a wish made a vow and cooked āsh.

Ali Bloukbashi wrote a piece entitled “Chaharshanbe Suri, spoon-banging, eavesdropping, fāl-gūsh (standing in a dark corner spot or behind a fence and listening to the conversations of passersby and trying to interpret their statements),…on the last Tuesday of the Year” in the Art and People magazine in 1966.

He said on bush burning: “Before the sun disappears from the top of the roof, they make three or five piles of the thorns and thistles on one another on the roof or on the ground, and when it gets dark, they set them on fire…each jumping over the fire three times and signing ‘my yellow complexion be yours/your red complexion be mine’.

Old timers believed that the ashes of Chaharshanbe Suri were ominous because people gave their yellowness and illnesses to the fires, and, in contrast, gained the redness and freshness of the fires.

Therefore, after the fire is out, a woman collects the ashes and throws them out on a crossroads. Upon returning, she knocks hard on the door.

Bloukbashi says elsewhere in the piece of writing about other rituals of Chaharshanbe Suri: “Cooking the Abudarda āsh and the patient āsh: Families whose loved ones were ill or who had a wish made a vow, cooked this āsh, fed some to the ill person and distributed the rest of the āsh among the poor.”

Spoon-banging: Women and girls who had a need get a spoon and a bowl and go out at night and bang on the bowl with the spoon in front of seven houses without saying anything.

The landlord, being familiar with this tradition, puts something inside the bowl, which might be money , sweets, dried nuts, Cereal, … If the spoon-banging girls do not get anything from anyone, then they lose all hopes of seeing their need fulfilled.

Fāl-gūsh: When it gets dark and it is difficult to recognize folks, women and girls who have a wish state their intention to themselves and go out of their homes. They then stand or sit on the path or on the way of passersby and, without allowing to be recognized, listen to what the passersby say. The good or bad things the passing people say tell the fortunes of those doing fāl-gūsh.

If the first passerby says something positive and promising, then the girls and women doing fāl-gūsh conclude that their wish will definitely be fulfilled. If the statements are bitter, the girls and women lose hope and stop believing that what they want to happen might be possible