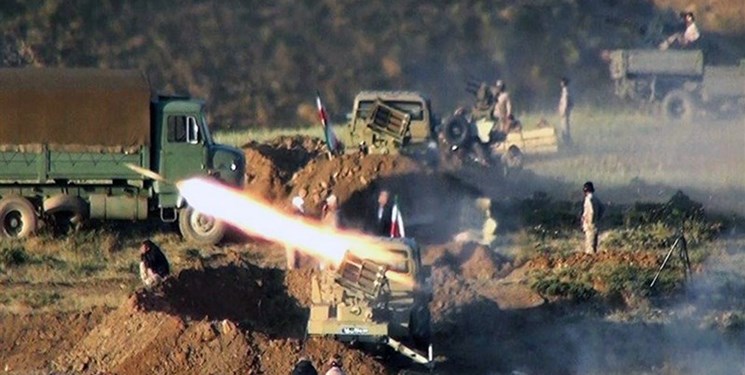 The Ground Forces of Iran’s Islamic Revolution Guards Corps have carried out a series of "large-scale" operations to destroy a massive number of anti-Iran terrorist groups and their bases in the country's northwest.

In these operations, which were carried out over the past week, the IRGC used drones, artillery and smart missiles belonging to the ground forces.

The IRGC says it has killed and injured a great number of important and prominent anti-Iran elements in these operations.

According to Fars News Agency, large quantities of weapons, ammunition and explosive traps were seized from the headquarters of these groups.

The operation, which was directly commanded by the commander of the IRGC ground forces, was one of the largest operations of the IRGC, during which heavy casualties were inflicted on “anti-Iran” elements which led to the destruction of their bases along the border.