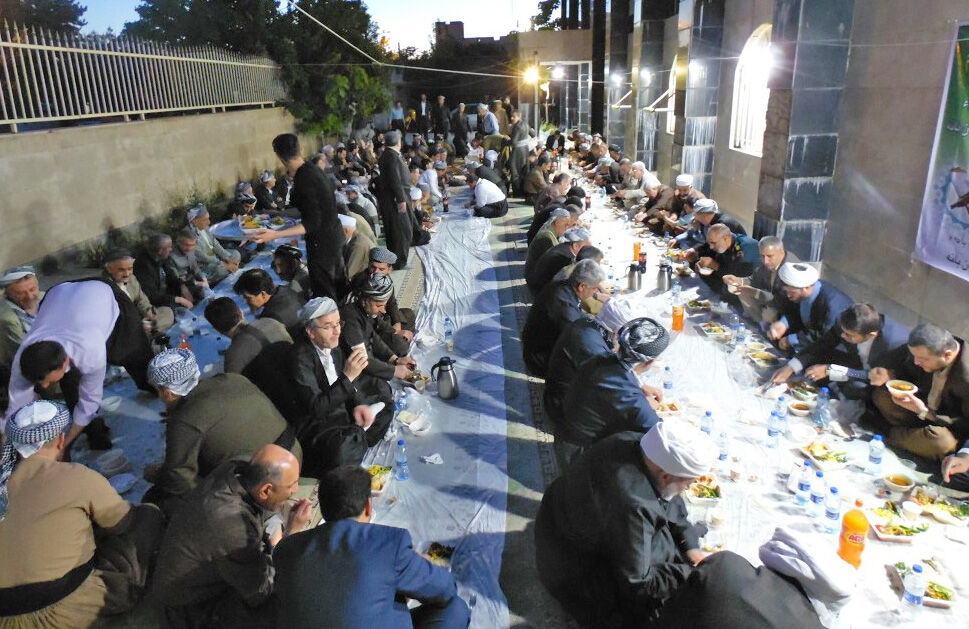 The Kurdish people of Iran have long had diverse and special rituals for the holy month of Ramadan and still adhere to them.

Some of these Kurdish rituals include arranging reconciliation ceremonies, baking local breads for blessing, and visiting relatives on Eid ul-Fitr.

One of the most popular and appreciated customs of the Kurds, especially the people of Sanandaj, is to hold reconciliation ceremonies in Ramadan. A few days before the start of the holy month, those in the neighbourhood who are at odds with each other are invited to a white-bearded person’s home to reconcile and put aside differences.

On the last night of the month of Sha’ban, a local pious person goes to the roof to announce the arrival of Ramadan after seeing the moon. He does this by reciting a prayer called Marhaba Marhaba (Hello). The Kurdish people say the Marhaba prayer until the middle of the month, and after that, a prayer called Al-Vida (goodbye) replaces it, which announces the end of the month.

Praying at Dawn or Saharikhani

Praying at dawn is the same ritual that many Iranian tribes perform before the dawn prayer time. Some Kurdish people know it as Saharikhani. The ceremony begins by performing some special music from different regions which is called Saharikhani music. Among these melodies to awaken people, the song of saying hello and goodbye is the most famous. Among the Kurds, the people of Bijar perform this custom with more fervour. According to a long-standing tradition, one of the neighbourhood’s elders prays on the roof of a house at dawn and wakes up the residents for Suhoor. In ancient times, this custom was known in some areas as “Pashiyo”, in which musicians played the tambourine or the drum, announcing the arrival of dawn.

One of the interesting customs of Kamyaran in Kurdistan province is to prepare cookie chains to hang on a salt bag. At the beginning of Ramadan, Kamyaran women cook very small, uniform cookies and thread them. They tie the cookie chain to a salt bag that is to be used for Ramadan food. They believe such a move will bring blessings. 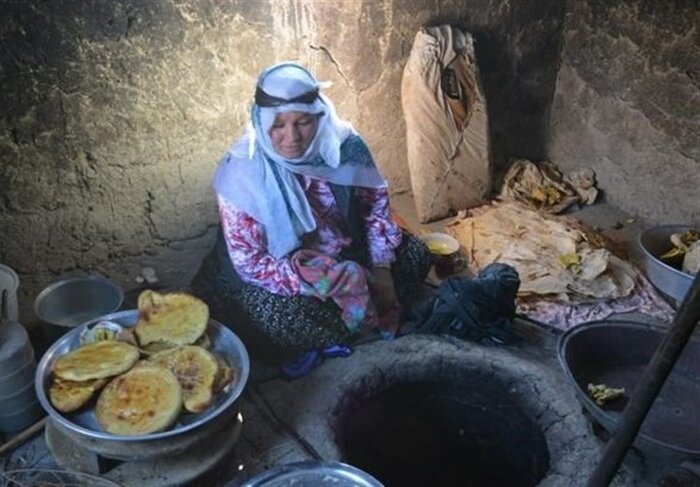 One of the most important rituals of Kurds during Ramadan is baking traditional breads, which they believe will bless the Iftar and Suhoor tables.

The people of Baneh bake “Koolireh” bread on the twenty-seventh night and break their fast with Koolireh and yogurt. Meanwhile, more affluent families cook more of this bread and take them to the mosque with yogurt and dates. They distribute them among the locals and the needy. They also thread a few breads and put them in their rice bag for more blessing.
The people of Dehgolan bake “Koolireh Naskeh” bread on the last day of Sha’ban and give it to each other as a gift for the month of Ramadan. They eat this bread at the first night to acquire the strength and ability to fast.