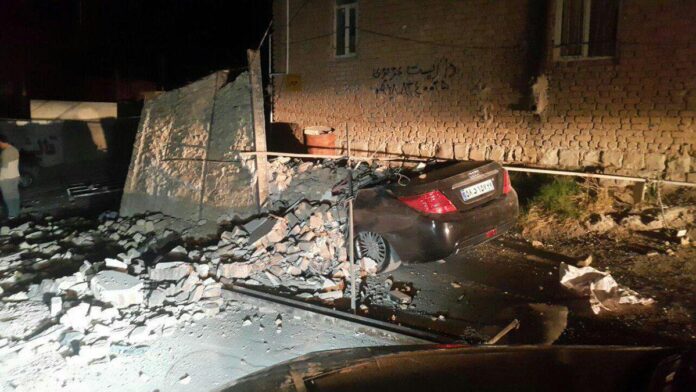 At least 387 Iranian people have lost their lives and nearly 6000 have been injured in a strong earthquake that hit an area in Iraq close to the Iranian border, emergency officials declared.

The earthquake took place at 21:48 in the Iraqi territory nearly 20 kilometres away from Iran, the head of seismology centre of the University of Tehran said.

The Iranian city of Qasr-e Shirin was the closest city to the centre of the earthquake, which has claimed at least 387 lives and wounded over 5953 people so far in Iran, according to media reports.

It has also killed 4 and wounded dozens of others in Iraq’s Sulaymaniyah province.

In a phone conversation with Interior Minister, Iran’s President Hassan Rouhani was briefed on the latest situation of the quake-hit areas, and ordered the minister to step up efforts to help the people affected.

Several aftershocks also jolted the Iranian province of Kermanshah. The University of Tehran’s seismology centre has reported at least 13 aftershocks, the biggest of which was magnitude-4.6.

The earthquake has led to blackout and water cut in Kurdistan, Ilam, and Kermanshah provinces, according to Iran’s Crisis Management Organization.