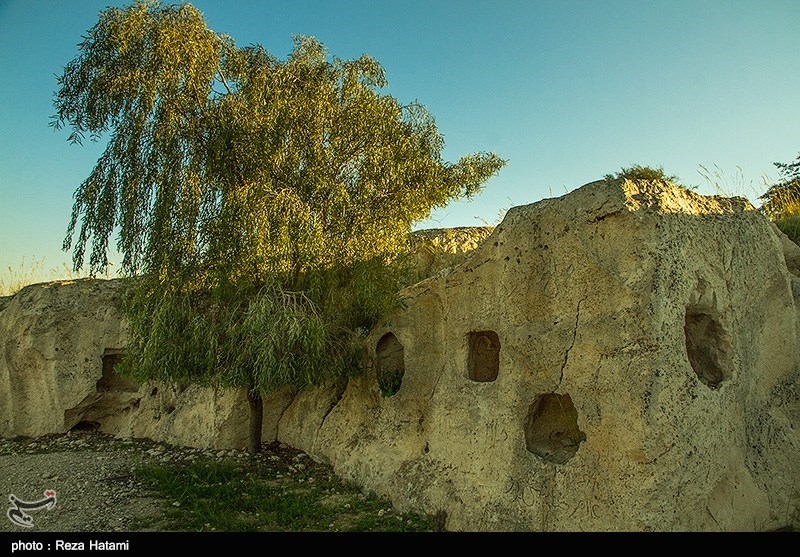 Kharg or Khark Island is an inhabited island with great economic significance in the Persian Gulf, southern Iran, home to natural, historical beauties.

Administered by southern coastal province of Bushehr, Kharg Island is located 38km off Genaveh Port in the Persian Gulf. It hosts one of the most important hubs of crude oil export in the world.

Kharg is covered by fig trees which have adapted themselves with the climate features of the region. The large and shady trees with their aerobic roots are scattered throughout the island. The roots of the trees come out of the soil and twist around the trunks and hang on from the branches.

The inhabited island has lots of tourist attractions including two ancient mass graves of Palmyrene people. Located on the hillsides of Khezr Mountain, the mass graves date back to the first and second centuries before the Common Era, during the Parthian and Sassanid dynasties.

The graves belong to dozens of people from the ancient city of Palmyra, which is currently located in modern-day Syria; but once was the westernmost city of Iran during the Parthian era.

The Shrine of Imamzadeh Mir Mohammad Hanifeh is another valuable and important historic and cultural site of Kharg Island. Located in the southwestern part of the island, the shrine dates back to 1338 during Seljuq dynasty. With its pyramid domes as well as a small circular dome, the shrine’s beauty catches the eyes of every visitor. The interior space of the shrine is decorated with star and octagonal tiles.

Among other attractions of Kharg, one can refer to a 2,400-year-old inscription on a coral stone ground in Cuneiform, which says, ”I’ve created happiness in this dry and waterless territory by digging wells and Qanats.”

The inscription, which belongs to the Achaemenid era, serves as a document of Iran’s independence, and is said to be the first document on which the name Persian Gulf was written.

Unfortunately, about 11 years ago, unknown saboteurs damaged the inscription making 70 percent of its words unreadable.