Karaftu: Mysterious Cave in Iran Where Heracles Used to Live 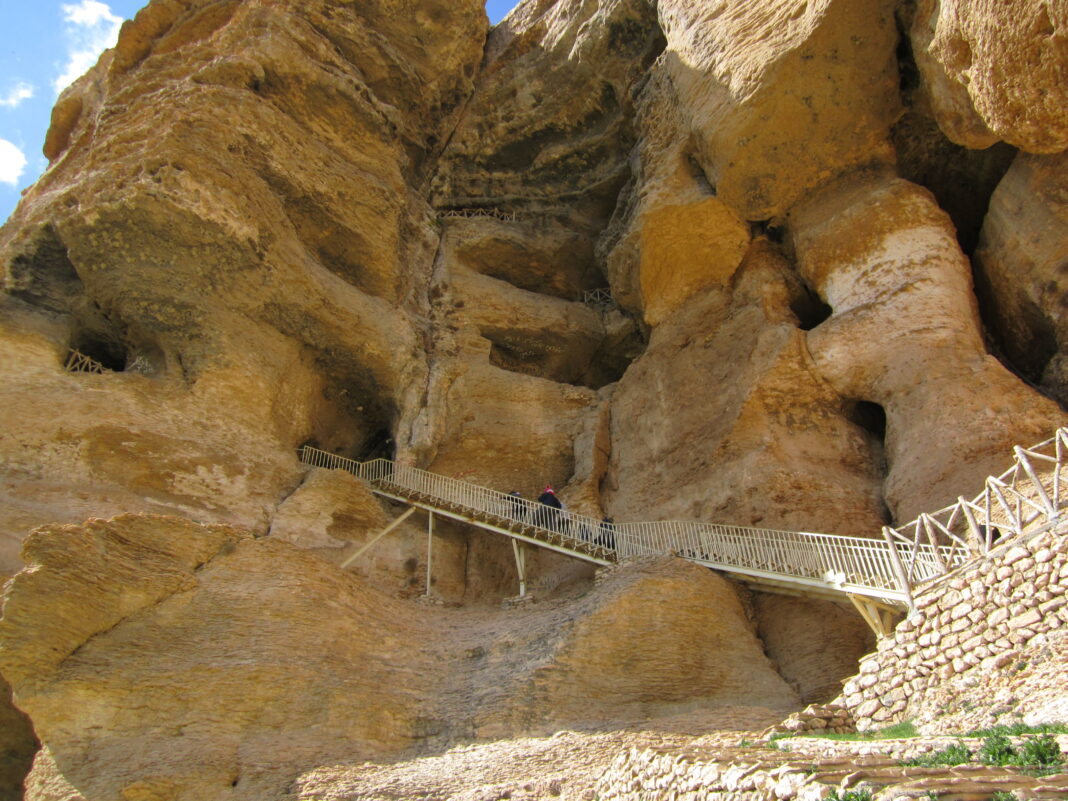 Karaftu is the name of a mysterious cave in Iran’s western province of Kurdistan; which has gained fame as the habitat of Greek divine hero Heracles.

Karaftu cave, known as the house of Heracles; which is located about 70 kilometers from the city of Saqqez in Iran’s western province of Kurdistan. The cave complex has attracted the attention of archaeologists and historians because of its specific defensive features and being used as a habitation for people throughout history.

Known as the largest ancient cave in Iran, Karaftu is 2,000 meters above sea level. The cavern’s entrance zone is located on a cliff, at the foot of which flows a spring of water.

There is a stone tablet of the Greek language at the entrance of one of the chambers of the cavern in its third floor; which has cited Heracles, the god of strength. “Here is the home of Heracles. Whoever enters this cave shall be safe,” reads the tablet.

Historians believe that the mysterious cave was occupied by people under the Seleucid Empire. Certain parts of the Karaftu cavern are handmade. The natural structures of the cave are believed to have contained large reservoirs of water. 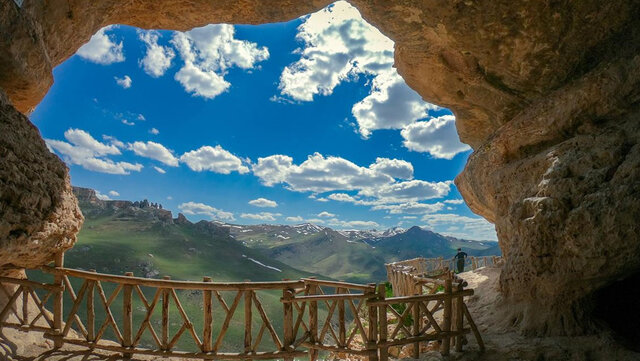 Stories Behind the Mysterious Cave

Karaftu has four stories. The special architecture of the cavern has allowed for the construction of windows and skylights at each story. The stories are accessible through a series of stairs. The entrances and the windows inside the cave have been fortified to improve security.

After going up two metal ladders and some light rock climbing at the entrance of the cavern, visitors can enter the first hand-carved chamber of Karaftu with windows offering a view of the adjacent valley. In the last pool-shaped chamber, there is a low Sarooj -a traditional water-resistant mortar used in Iranian architecture- and a hearth, apparently used for religious rites in the ancient times.

The second story of the cave is built on a crevice, which is a natural entrance of the cavern and whose walls have been bored horizontally in an orderly way.

Visitors can reach the third story after passing through a corridor, climbing 10 stairs, and scaling a chimney around 3 meters tall on the second floor.

The third story has been built in an exquisite manner and in meticulous detail. All doors of the cave have been made out of stone and wood. The cave dwellers had also carved chimneys and stairs to have access to the stream of water beneath the cavern.

Some parts of the mysterious Karaftu cave are accessible only by boat.

There are ancient figurative paintings on the walls and ceilings of the cave, depicting humans, plants and animals such as deer, gazelles, horses and riders, and some unknown creatures. 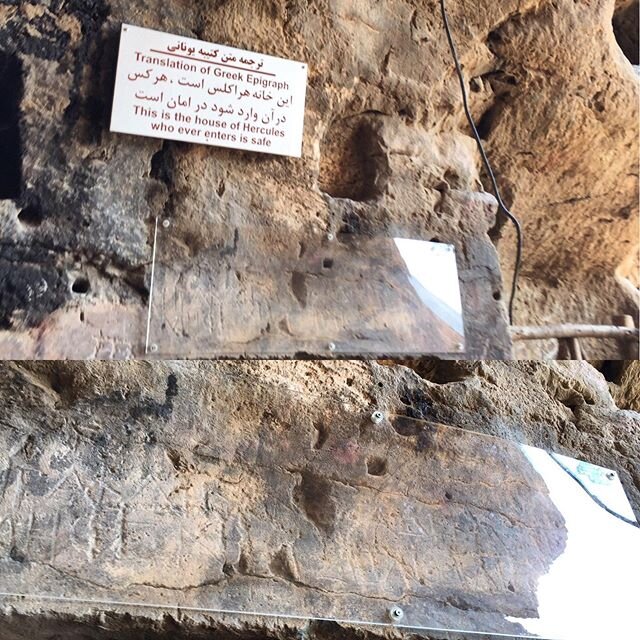 The multiple kitchens, corridors, chambers, doors and windows indicate that the cavern had been inhabited by the ancient humans. The stalactites have created an eerie, but also fascinating atmosphere in the cavern.

The architecture of Karaftu reveals the high intelligence of the cave dwellers in the old times. The special architecture of the cavern keeps it cool in the summertime and warm in wintertime. Such suitable features had turned Karaftu into a dwelling, a shelter, and a cave castle.

Karaftu is a limestone cavern formed in the Cenozoic Era -the third documented era in the history of Earth. Scientific researches show that the cave had been underwater in the Mesozoic Era, and did not rise out of the sea until end of that era. The cavern began to be inhabited by humans during the Seleucid Empire; and continued to be used under the Parthian Empire, the Sasanian Empire, and the Islamic rule. Extensive research has proved that the cavern dates back to the prehistoric period, as old as the fifth and fourth millennia BC.

The enchanting, mysterious cave attracts a lot of Iranian and foreign visitors and tourists every year.