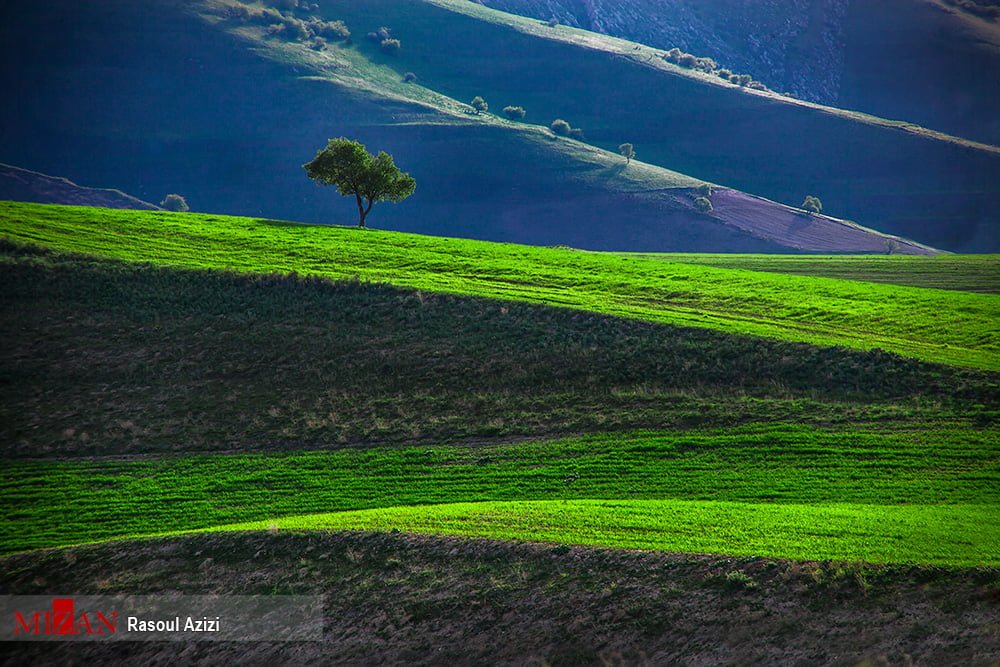 Kalat is a beautiful city in the heart of mountains in the northeastern Iranian province of Khorasan Razavi.

Kalat is like a natural fort, and it was due to its impenetrability that King Nader of Afsharid dynasty chose it as the capital of his rule.

The region’s most important tourist attraction is the Sun Palace, where King Nader’s treasure, including famous Takht-e-Tavoos (the Peacock Throne) as well as precious diamonds, were kept.

Among other tourist attractions of the region are the Kabood-Gonbad (literally translated as Blue Dome) Mosque, a stone manuscript bearing the poems of Golbon Afshar (one of the poets of King Nader’s court), the King Arghook Tower and the Qaresoo (Black Water) Waterfall.

Located some 145 kilometres northeast of the provincial city of Mashhad, Kalat lies on the Hezar Masjed Mountain, bordering Turkmenistan.

In addition to the historical attractions mentioned above, Kalat is also marked by fog-covered mounts, rivers flowing with water, and rice paddies with an aroma mesmerizing every visitor. This natural diversity can also be seen in the Kalat community where different ethnic groups live side by side in peace and harmony. Kalat residents are made up of Kurds, Turks and the Fars.

Due to its mountainous location, Kalat is accessible only through some pathways called “Darband.”

What follows are Mizan News Agency’s photos of the beautiful city: