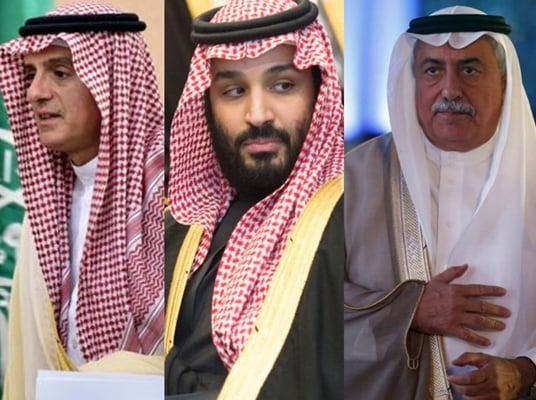 Qassem Mohebali, the former director general for the Middle East section at the Iranian Foreign Ministry, said in an interview with Entekhab news website that Tehran should wait and see whether a Cabinet reshuffle in Riyadh would bring about a shift in Saudi policy toward the Islamic Republic of Iran.

The former diplomat also weighed in on whether or not the changes indicate that Saudi Crown Prince Mohammed bin Salman’s position has been undermined.

“Not undermined, but early indications suggest bin Salman’s power has been weakened compared to the past,” he said.

“We should wait and see what other changes will be made and what tendencies the new officials will have. But it seems that some sort of adjustment has been made to the decision-making structure in Saudi Arabia, leading bin Salman’s power to reduce,” he added.

The ex-diplomat also expressed his views the impact of the changes on the Saudi foreign policy and whether Saudi Arabia is a country where the foreign minister can put his own policies into effect.

Mohebali said in Riyadh the king and heir to the throne are the major decision-makers.

“But the selection of that person (Assaf) is indicative of their tendency,” he added.

“As I mentioned before, the new foreign minister, who used to work in the economic sector and was less political than al-Jubair, may adopt a more moderate approach on regional issues, especially regarding Yemen, Iran and Syria,” he added.

He also touched upon the connection between Sudanese President Omar al-Bashir’s trip to Syria and the political developments in Saudi Arabia.

“It’s been quite some time that the Arab League has decided to improve its relations with Syria and bring the country back to the league. Omar al-Bashir has sent this message [to Damascus], which was naturally coordinated with Saudi Arabia,” he said.

The former diplomat said the re-opening of the United Arab Emirates’ embassy in Damascus is another signal that Saudi Arabia’s allies are making changes to their policies, too.

Mohebali said the UAE’s acceptance of the ceasefire in Yemen, Arab countries’ efforts to mend ties with Syria and the travel of a Syrian delegation to Tunisia for the Arab League meeting are other signs Saudi Arabia and its allies are changing tack.

Mohebali then weighed in on whether the changes in Saudi policies will cause a shift in the country’s approach toward Iran.

“We should wait. This might be the most difficult issue in Saudi Arabia’s foreign policy. The new [Saudi] foreign minister’s positions should be explored, though he does not seem to be as political as [the outgoing Saudi Foreign Minister Adel] al-Jubair,” said the ex-diplomat.

“We should not rush into [judging] his stances, but he may adopt a more moderate approach compared to al-Jubair, who was fiercely opposing Iran,” Mohebali added.

He said the position of the hard-line current in the Saudi government, including al-Jubair, seems to have been weakened.

“The new foreign minister, who has served as the Saudi representative to the World Bank, has a softer political approach. But we should wait and see what changes will be made,” he noted.

He also elaborated on the impact of the weakening of bin Salman’s power on Saudi Arabia’s foreign policy.

“Following the recent developments such as the case of Khashoggi and the defeats in Yemen, the policies followed by al-Jubair [proved weak], and bin Salman lost some power,” said the ex-diplomat.

“The Saudi foreign policy has … generally faced problems. They were not successful on Qatar, as the country has reinforced its position. The same happened in Yemen. After the Khashoggi incident, their relations with Turkey and the US are not the same as before, and they lost their status among the Europeans as well,” he said.

He also elaborated on Russia expressing support for bin Salman and issuing warning to the US with regards to changes to the Saudi government’s structure.

“This is another sign that the Americans have probably been trying to bring about changes to Saudi Arabia’s power structure. The differences in Al Saud family contribute to it, too,” said the ex-diplomat.

“Anyway, following Khashoggi’s murder, US-Saudi relations are not as good as before. And it seems they are interested to make changes to the power structure in Saudi Arabia.  One of several scenarios has been to designate one of the king’s brothers as Crown Prince or choose one of Abdullah or Nayef’s children as Crown Prince. These show clandestine changes are taking place in the Saudi government,” he said.

“Russians are opportunistically try to take advantage of this atmosphere and get concessions from Saudi Arabia by drawing closer to the country at a time when Saudi Arabia has been weakened … and to replace the US now that Washington’s relations with Riyadh have been worsened,” he said.

Mohebali also made comments about the opening of Iran’s Interests Section in Jeddah.

He said the opening of the office does not mean Tehran-Riyadh relations will be restored.

“The issue has been a subject of discussions for quite some time now. Because relations between the two countries have been cut off, the rule of thumb under such circumstances is that a third country undertakes to secure their interests in one another’s capitals,” he said.

“As for Hajj, after the Hajj season this year, the Saudis were interested to see Iranian pilgrims traveling to Saud Arabia for the minor Hajj rituals, but maybe the Iranian side was not interested,” the ex-diplomat said.

He said Saudi authorities want to draw a line between the issue of Hajj and political issues.

Mohebali said Riyadh’s strategy is to strengthen bonds between the people of both countries in order to burnish their image among Iranians while keeping relations between the two governments strained.

“Western governments try to improve people-to-people or non-governmental relations when they do not have good ties with a government. Saudi Arabia, too, seeks to use this policy to improve its image among Iranian people,” he noted.