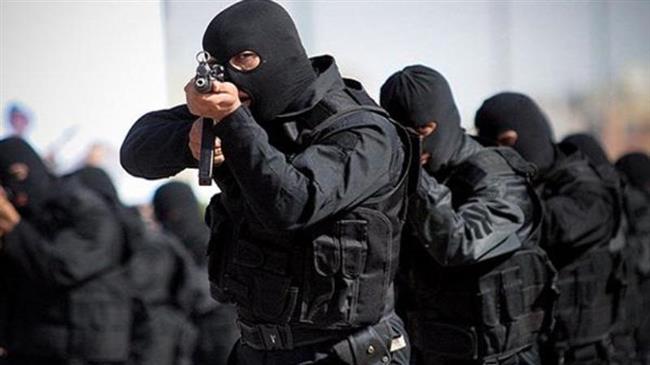 Iran's Intelligence Ministry says security forces have identified and dismantled a terrorist team affiliated with the so-called Jaish ul-Adl terrorist group in the country’s southeastern province of Sistan and Balouchestan.

“A terrorist team affiliated with the Jaish ul-Adl group was identified and dismantled on the other side of the border through a complicated and extensive intelligence operation and its members were entrapped by [Iran‘s] security forces upon arrival in the country,” the ministry said in a statement on Sunday.

It added that the terrorist team was attacked by provincial security forces on Sunday and its leader, Elias Narou’i, nicknamed Zubair, was killed in the operation.

The statement noted that various types of weapons and ammunition as well as some equipment for making bombs were seized in the operation.

Narou’i was planning to identify military and security targets in the provincial capital city of Zahedan to conduct terrorist operations, but failed to achieve his goals, the statement said.

The slain terrorist played a key role in numerous terrorist operations, including commanding the attack on the Islamic Revolution Guards Corps’ base in the city of Nikshahr, which killed two IRGC forces; participating in the killing of 27 IRGC personnel who were traveling between the cities of Zahedan and Khash in Sistan and Baluchestan province; and planting a sound bomb in front of the Zahedan police station.

The statement added that on February 8, a terrorist team that planned to carry out a bomb attack in front of the Zahedan police station was also arrested by the security forces.

During the operation, two terrorists were arrested and a 5 kg-bomb was discovered