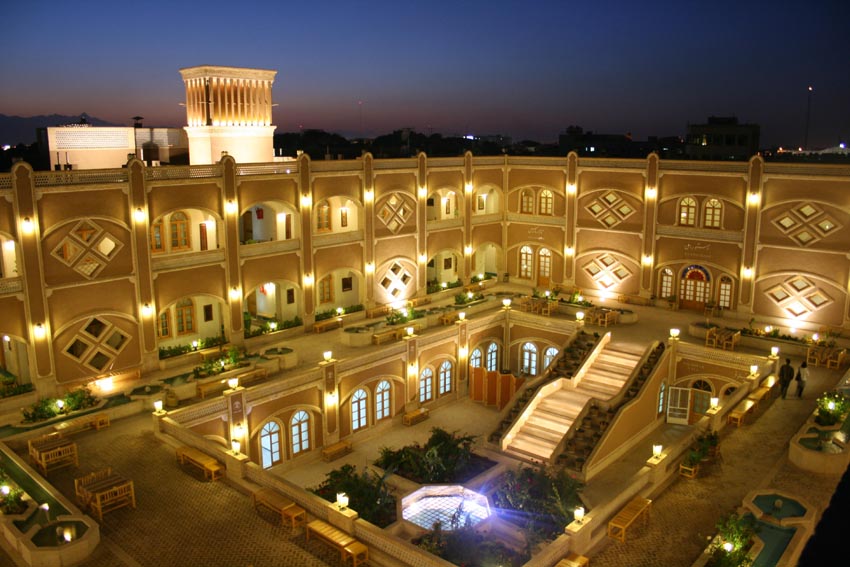 An Italian daily newspaper has described the historic city of Yazd in central Iran as one of the major cultural heritage sites registered by the United Nations Educational, Scientific and Cultural Organization (UNESCO).

In the report, La Stampa elaborates on the unique features of Yazd saying the city is shining like a pearl in the region.

“Yazd is the 22nd historic and cultural site in Iran registered as a world heritage by the UNESCO on July 9, 2017. Since then, the city has turned into a national pride for all Iranians. The historic structure of the city is a collection of religious architecture on a vast land,” La Stampa was quoted as saying in a Farsi report by IRNA.

The daily went on to say with a history of over three thousand years, Yazd is one of the most ancient cities in the world; which used to be a commercial hub in the past. It was also a major city along the Silk Road.

“With its interconnected narrow alleys, ochre-coloured houses and cyan-tiled mosques, the old section of the city shines like a small jewel,” it added.

Yazd’s Grand Mosque with two 48-metre minarets dominates the whole city. The mosque has valuable tiles used in the wall decorations. The city also enjoys a large number of aqueducts.

Aqueduct is a bridge to convey water over an obstacle, such as a ravine or valley. Even today, aqueducts account for 75 percent of Yazd’s water.

Yazd is one of the most important cities of the world; and is widely viewed as a centre of Iranian architecture. Due to its dry weather, the city has one of the largest networks of aqueduct in the world.

Yazd has also accommodated a large number of ancient buildings with wind-catchers which protect the residents against the scorching hot of summer. The wind-catchers represent a top example of Iranian architecture.

The city is also equipped with special buildings working as refrigerator. Some of these buildings are still in use. Yazd is also home to a number of Zoroastrian temples which date back to years before the birth of Christ.