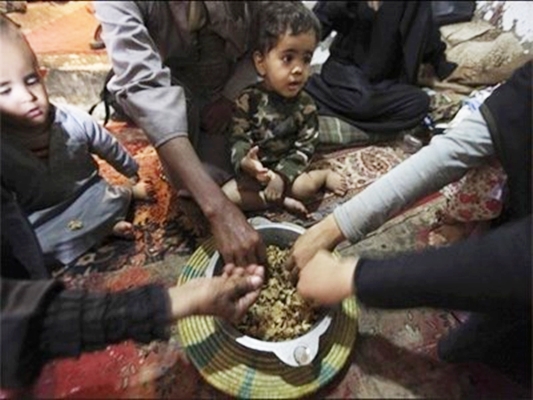 ISIS terrorists are keeping residents of Iraq's northern city of Mosul hungry in an effort to force them to take up arms and fight for them.

According to a report by Entekhab, as translated by IFP, as the looming threat of an all-out attack on Mosul to retake the city from ISIS terrorists is getting more and more serious, the militants have resorted to an unethical strategy for soldier recruitment; starving people!

In an interview with Rudaw Media Network, Rabi’ al-Jawari, a military analyst of Peshmerga forces, pointed to the ISIS’ most recent, yet desperate attempt and said, “Residents of Mosul have been compelled to fight in support of ISIS, albeit reluctantly, and this in no way means they have accepted the terrorists’ thoughts and principles.”

“As the saying goes, a drowning man will clutch at a straw. This holds perfectly true about ISIS’ current predicament,” he noted, adding that the battles against Peshmerga [Kurdish] and Iraqi forces have so far turned into a rout for ISIS.

“We have access to reliable sources who say people of Mosul have refused to help ISIS,” al-Jawari added.