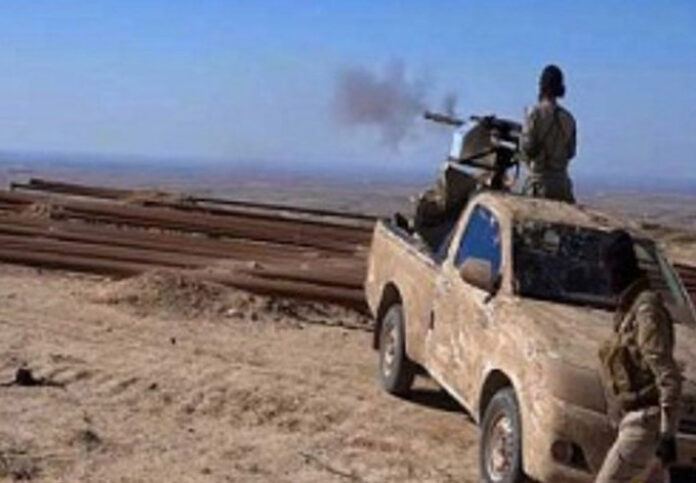 A commander of Iraqi popular forces announced that the ISIS terrorist group steals 100 tankers of Iraq’s crude oil per day.

“Tens of wells in Allas oilfield in Iraq’s Saladin Governorate are still under the occupation of ISIS,” announced Oday al–Khidran, a commander of the Iraqi Popular Mobilisation Forces, according to a Farsi report by Al-Alam.

He went on to say that the terrorist group steals 100 tankers of crude oil per day. The oil is transferred to Turabia, then to Hawija to be smuggled out of the country; and help the war machine of ISIS work.

“ISIS is highly dependent on the money earned by stealing Allas oil to cover the costs of its battles,” he told the Iraqi channel Al Sumaria.

Al–Khidran also emphasized the necessity of striving to liberate all the occupied oil wells.

Allas wells constitute a large oilfield in eastern Saladin, Iraq. Before the ISIS invasion in June 2014, over 30,000 barrels of oil per day used to be exploited there.