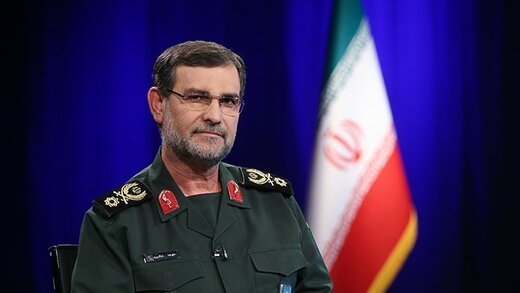 The commander of the Naval Force of the Islamic Revolution Guards Corps says Americans were slapped six times in the Persian Gulf during confrontations with Iranian forces in the 1980s.

“The IRGC Naval Force has carried out six successful operations in the Persian Gulf against the aggressor America, in which… the hegemony of the United States in the Persian Gulf has been broken,” Rear Admiral Alireza Tangsiri said in a ceremony commemorating Iranian naval forces who lost their lives on 8 October 1987 in a U.S. attack during the Tanker War.

“We never started a war in the Persian Gulf, and although the Americans targeted our tankers, platforms, and oil terminals, we showed restraint. After all the damage they inflicted on us, we entered a year-and-a-half war with the Americans. We slapped them hard six times,” Tangsiri explained.

The IRGC naval force commander went on to say that Iran will not tolerate any insecurity and conflict in this strategic region because it is the home of Iran and neighboring countries.

He said the Americans have no place in the Persian Gulf, because they cause insecurity wherever they go.