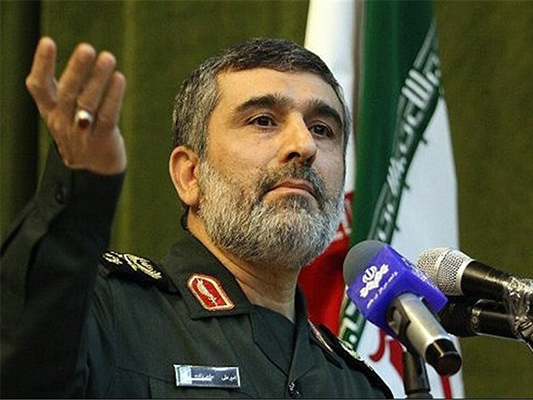 The commander of the Aerospace Force of the Islamic Revolution Guard Corps has warned that any adventurism at any level against the Islamic Republic will provoke a response that will make the aggressors regret their action.

Brigadier General Amir Ali Hajizadeh was speaking in a meeting with military attaches of foreign countries based in Iran.

Hajizadeh said the regimes that think their security is provided by the Zionist regime are mistaken.

He then referred to the US wars in the region, saying the United States invaded Afghanistan in 2001 with the help of its followers and left it after 20 years of trying to create civil war and chaos in the country.

He however said the US conspiracies will continue with the aim of igniting a civil war in Afghanistan.
Hajizadeh also said the US has created Takfiri terrorist groups in the region like Daesh to drag Syria and Iraq into civil war.

Hajizadeh then described Iran’s top anti-terror General Qassem Soleimani as a champion of peace in the region as he fought against Takfiri terrorists who had targeted the security of regional countries.

The commander of the Aeronautics Force of the IRGC added that Europe is today indebted to General Soleimani and his companions for its security but the US cowardly assassinated him.

Hajizadeh added that despite all these oppressions, the US is on the decline and the age of unipolarism is over.

He added that it is an undeniable fact that the United States is not able to stand up to Iran, Russia, China and the free nations of the world.