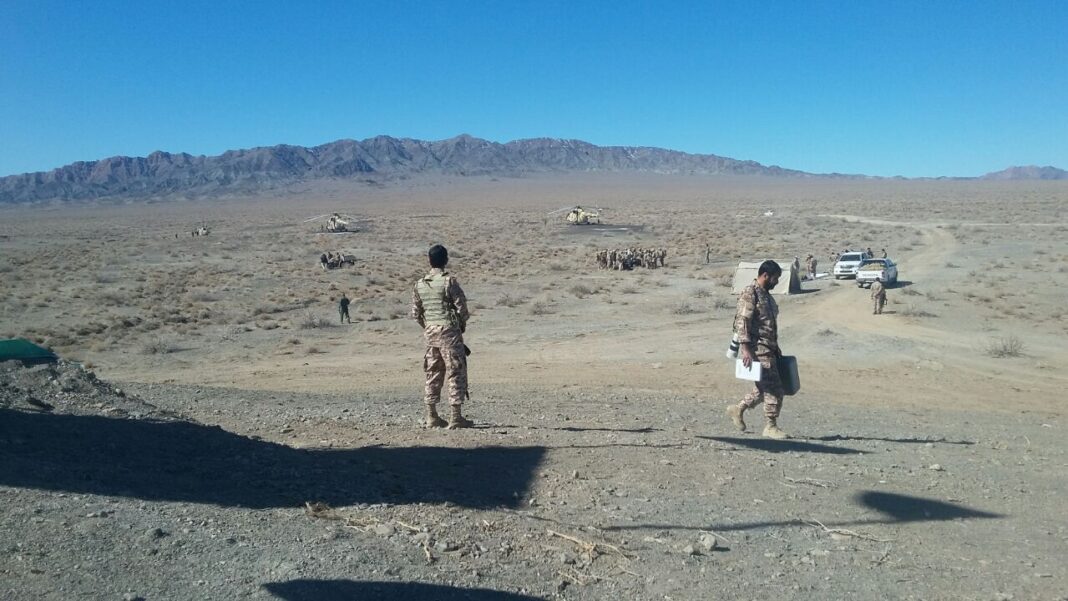 Iran’s Islamic Revolution Guards Corps has conducted the largest military drills by its Quds base in the southeastern Sistan and Balouchestan Province.

The commander of the IRGC’s ground forces said the maneuvers were held by the Quds base of force in Sistan and Balouchestan Province.

Brigadier General Mohammd Pakpour added that the drills were held in the two military-combat phase and the civilian phase with the participation of the people.

“In the military-combat phase, different operational units of the Quds base of the ground forces of IRGC, including the missile, artillery, helicopter, armored, demolition and explosion, special forces and specialized-combat divisions of the Quds base, successfully completed the entire simulated conditions of true fighting,” Pakpour said.

The general added that the civilian part of the drills covered meeting and talking with tribal leaders of the province, construction and other services to local and rallies held by members of the Basij force.