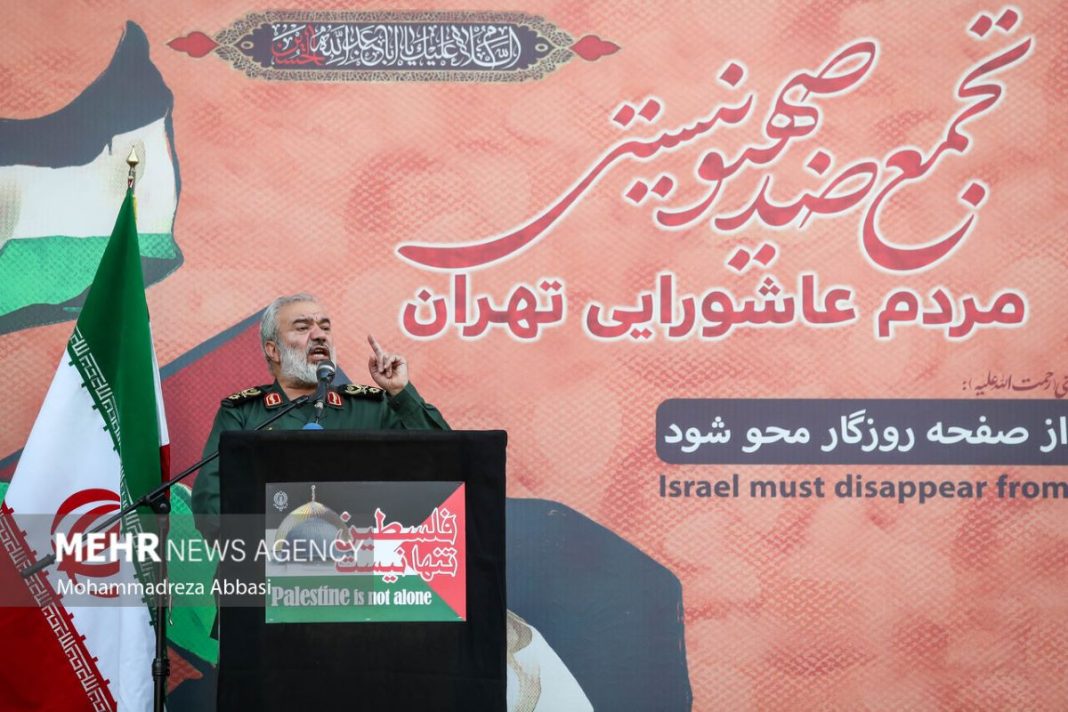 General Fadavi added that it’s Iran’s duty to do so and the Islamic Republic will fulfill that duty.

He then criticized some Islamic governments for supporting the Zionist regime at the expense of the Palestinians.

General Fadavi said the Islamic Revolution of Iran is doing the right thing and the Islamic governments must not follow in the footsteps of the falsehood.

He noted that from day one of the victory of the Islamic Revolution in Iran, the late founder of the Islamic Republic, Imam Khomeini, said the number one priority of Islam must be Palestine and he was opposed to the Zionist regime.

The IRGC’s acting commander described the Islamic revolution of Iran as the righteousness front, saying anyone supporting that front will prevail.

He said the falsehood front will have to accept the terms of the righteousness front, and this happened in the case of the latest Israel war on Gaza which ended after Tel Aviv gave in to a truce.