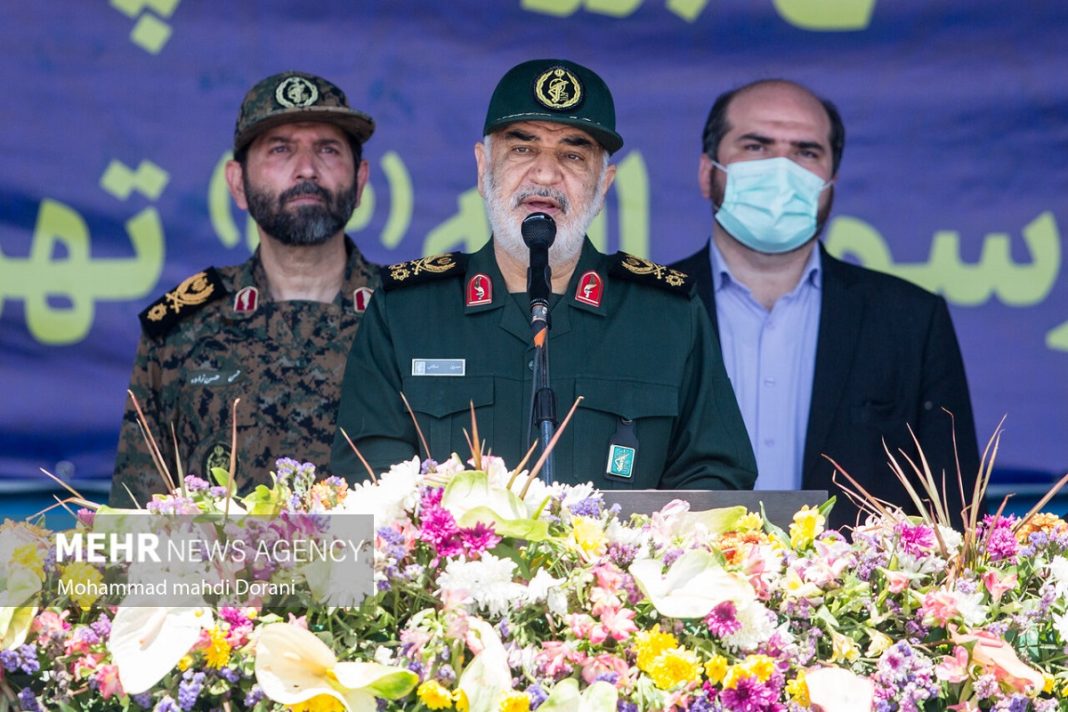 The chief commander of the Islamic Revolution Guards Corps (IRGC) says the United States never stops hatching plots against Iran, but the great Iranian nation has thwarted all the conspiracies through vigilance.

Major General Hossein Salami said Friday that the enemies of Iran have always been “lying in ambush” to target the nation and prevent it from achieving victories, but to no avail.

“The enemy has not got to know the Iranian nation yet. May God bless our nation, which has always destroyed the illusions of the enemies,” the IRGC chief said.

The enemies, he said, imagine they can deceive the Iranian people through “lies,” “rumors,” and “calls” to rebellion, but the nation has always remained vigilant in the face of such plots.

The IRGC commander praised the Iranian nation’s bravery in defending the country over the course of the 1980s Iraqi war on the country, adding, “Your glory did not come to an end following the Sacred Defense. Since then, you have buried the dreams of the enemies with them every day.”