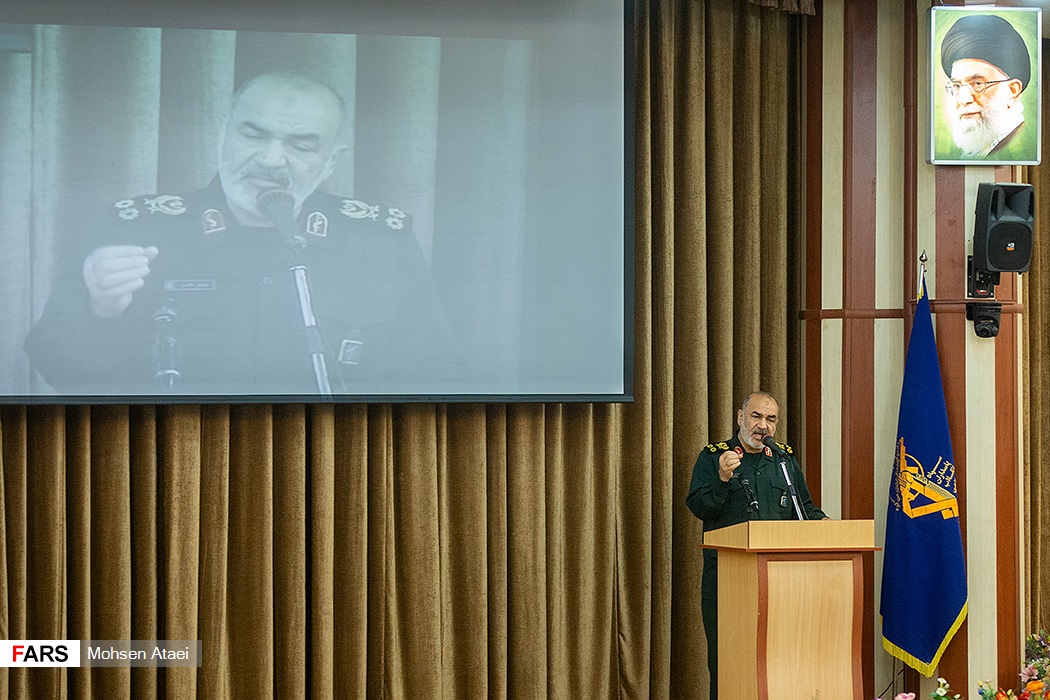 The Islamic Revolution Guards Corps (IRGC)’s chief commander praises Iran’s defense sector for achieving self-sufficiency despite the tough sanctions in place against the country, saying the Islamic Republic stands ready today to respond to any threat “at any level.”

Visiting an exhibition of military achievements on Thursday, Major General Hossein Salami said the Iranian Armed Forces had scored decisive successes in a variety of fields by relying on domestic capabilities.

“The state-of-the-art defense achievements that we see today are a product of progress in several fields of science and their combination together,” he said.

“Only a power with domestic and national origins can be effective and deterrent,” said the IRGC chief.

When it comes to the range of defense systems, Iran enjoys a variety of products and has no shortcomings, said Salami.

“We are now prepared to respond to threats at any level.”

The IRGC chief said the country had no other option than promoting its defense capabilities and reducing the gap in that area with the world’s advanced countries given the fast pace of technological achievements in the international arena.