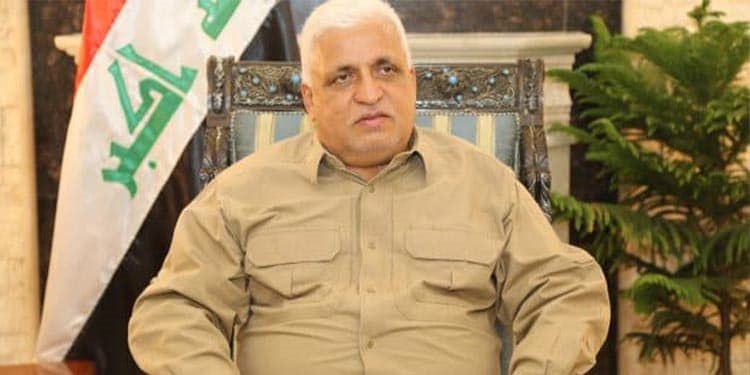 Iraq's Popular Mobilization Forces say they are prepared to support the army in the wake of a bloody attack on an army barracks in Diyala Province which left 11 soldiers dead.

“We work with the armed forces to pursue the remaining terrorists and those who plan to undermine the security and shed the blood of the people, and we use all the capacities and facilities of the popular mobilization forces to serve this common goal,” Chairman of the Popular Mobilization Forces Falih al-Fayadh said in a statement issued on Friday.

The PMF chairman offered his condolences to families of those who lost their lives in the attack which bore the hallmarks of the Daesh terrorist group.

The brazen pre-dawn attack was carried out on Friday in the al-Azim district, a mountainous area over 100 kilometers north of Baghdad.

Two Iraqi officials say the terrorists broke into the barracks and opened fire on the soldiers in their sleep before fleeing.

It was one of the deadliest attacks against the Iraqi army in months.

The Daesh terrorist group seized large swathes of Iraq and Syria in 2014. But it was defeated in 2017 – although it is still active in some areas of the two countries.

Iraq’s Popular Mobilization forces played a major role in clawing back territory held by the ISIL.