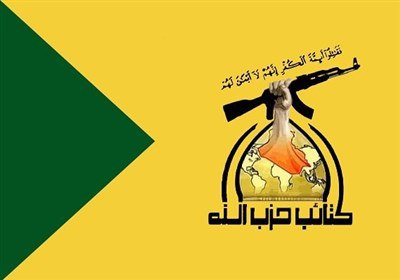 Iraq’s Hezbollah Brigades say what happened in the country’s parliamentary elections was the largest false-flag operation in the history of the country.

The group says the US and the United Nations interfered in the October vote before Iraq’s Supreme Court ratified the results, rejecting complaints by Iran-backed factions on “irregularities”.
Hezbollah Brigades added that certain groups confiscated the rights of the Iraqi nation with the backing of what it called the “vicious alliance of Zionists, the US and Saudis”, to force Iraqis to surrender to their “evil plots”.
“Iraq’s election commission was subject to the worst kind of abuse and Iraq’s judicial authority was subject to coercion, threats and pressure by these groups, especially the ambassador of the US and the UN representative to Iraq, and this led to the Federal Court of Iraq to give in to them and reject the calls for annulment of the elections, despite evidence and objections by the protesting coalitions,” Hezbollah Brigades said in a statement.
The Federal Supreme Court ratified the results of the elections on Monday. The biggest winner in the vote was the movement led by Shia populist leader Muqtada al-Sadr, which won a majority of 73 seats in the fractious 329-seat chamber.
Leader of Iraq’s al-Fath Coalition Hadi al-Ameri also told media that, “despite deep belief and firm trust that the election was rigged”, he accepts the ruling by the Federal Supreme Court.
Ameri added that he took the decision to show his commitment to Iraq’s constitution and his concern about the security and political stability of the country.
“The objections we lodged with the Federal Court were firm, logical and acceptable, and they would be enough to annul the results of the election, if they were submitted to courts in any country, where democracy is respected,” he said, stressing that the federal court was under huge pressure from inside and outside Iraq.