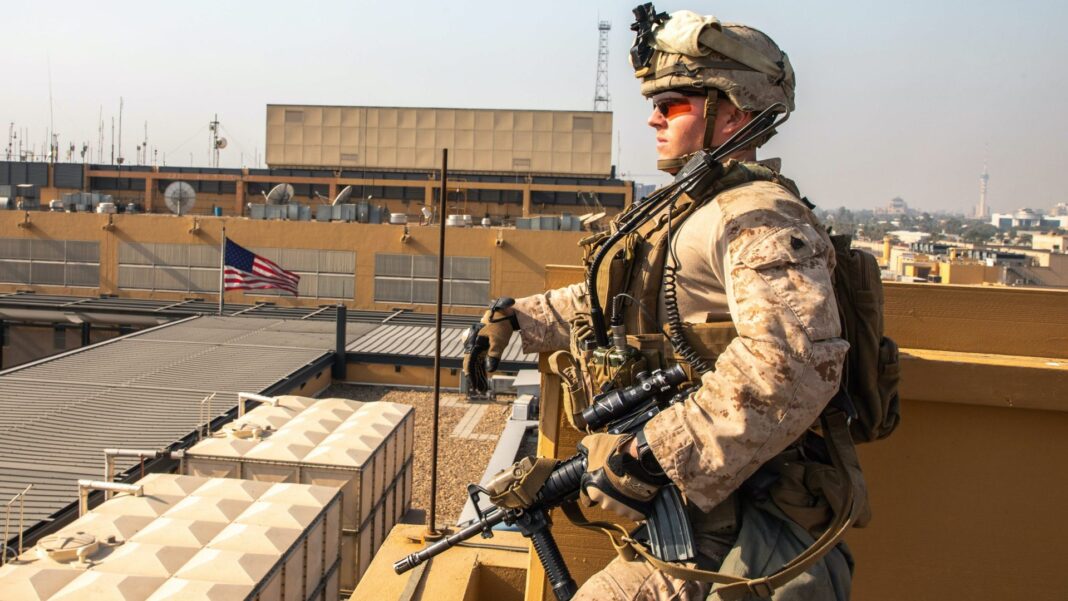 Three of the missiles struck within the perimeter of the US Embassy, the officials stated.

The officials spoke on condition of anonymity because they were not authorised to talk to the media.

There was no immediate claim of responsibility for the attack.

An Iraqi military statement said the rockets had been launched from the Dora neighbourhood of Baghdad.

In a statement, the US Embassy in Baghdad announced its compound had been attacked by “terrorist groups attempting to undermine Iraq’s security, sovereignty, and international relations.”

The embassy’s C-RAM defence system – supposed to detect and destroy incoming rockets, artillery and mortar shells – was heard during the attack.

The Green Zone hosts most foreign diplomatic missions, including the US Embassy and the premier’s house.

It has been repeatedly targeted by rocket attacks since the assassination of top Iranian anti-terror commander Lieutenant General Qassem Soleimani and Iraqi commander Abu Mahdi al-Muhandis in a US drone attack in January 2020.

Last week, a series of attacks targeted American troops in Iraq and Syria.

Washington blames Tehran-backed armed groups for rocket attacks on foreign diplomatic missions, the US and foreign troops in Iraq.

The armed groups have vowed revenge for Gen. Soleimani’s assassination and have conditioned the end of the attacks on the full exit of American troops from the country.

Baghdad and Washington agreed in a fourth and final round of the strategic dialogue on July 26 to withdraw US forces from Iraq by the end of 2021.

Some 2,500 troops will remain as the coalition shifts to an advisory mission to continue supporting Iraqi forces.