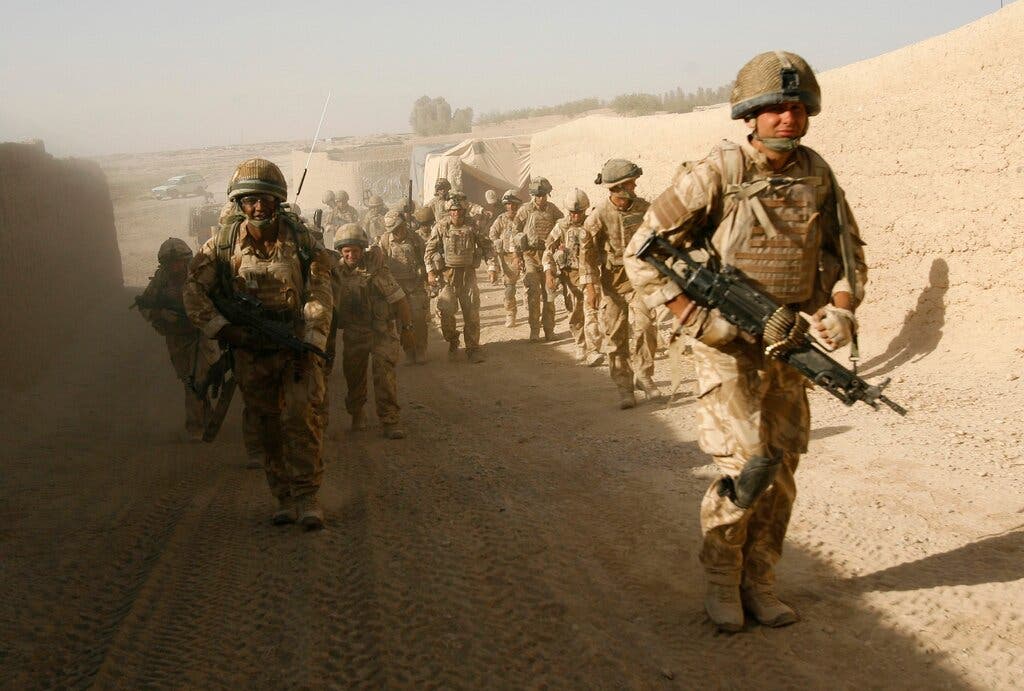 More than 10,000 British forces have been discharged because of mental health problems over the past 20 years, mainly related to their involvement in the Iraq war, according to official figures.

The most senior clergyman in the British Army has revealed that mental scars from the Iraq War left him in “the valley of the shadow of death, a place of utter desolation” for years after returning from the war zone.

Clinton Langston, the outgoing chaplain-general of the Army, said he became “sick with fear” after writing letters to his wife and children that were to be opened in the event of his death during a six-month deployment in 2004.

He said: “Another fear began to emerge, that the fear of losing my family would stop me from caring for my soldiers.”

“That instead of risking my life going out and about to visit them in their bases, I would seek out places of relative safety and so give myself the best chance of returning home safely,” he stated.

Over 10,000 troops have been discharged because of mental health problems over the past 20 years, according to official figures.

Another 500 quit last year after being diagnosed with post-traumatic stress disorder, depression and other disorders.

In a bid to tackle the issue, the Army has launched a £220 million mental health initiative, including a 24-hour helpline for troops following a campaign by The Mail on Sunday.

Padre Langston noted he decided “to do my best for my soldiers”, but in order to do so “had to dial down all my emotional connections to my family”.

The 59-year-old added: “I remember getting on the aircraft into theatre [the war zone] and deciding I had already died, because then I would have no feelings and no fear.”

“I returned home six months later. Both the immediate days after and the years since have been dominated by my inability to dial my emotions back up,” Langston continued, stating, “I have remained, as have so many of our soldiers, in the valley of the shadow of death – a place of utter desolation where our shadows yearn to feel and love and live again but where our families find only the shell of who we were.”

Langston, who also served tours in Bosnia and Northern Ireland and is set to retire in May, made the candid remarks during the Thought For The Day segment on BBC Radio 4’s Today programme, which was guest-edited by General Sir Nick Carter, the UK’s former Chief of the Defence Staff.

He said the biblical story of Jesus bringing his friend Lazarus back from the dead had helped him to believe that “it’s OK to live again, but it’s a long road”.

He went on: “I know this experience of trauma and halting recovery is shared by countless people beyond the military, who have faced physical or emotional trauma, who feel condemned to a lifeless existence as they seek to numb the pain of what is and what might be.”

“But maybe, as we turn in to this New Year, we can all find ways to reconnect and to escape the tombs and shrouds that imprison us, holding once more the hands that want us to live again,” he added.